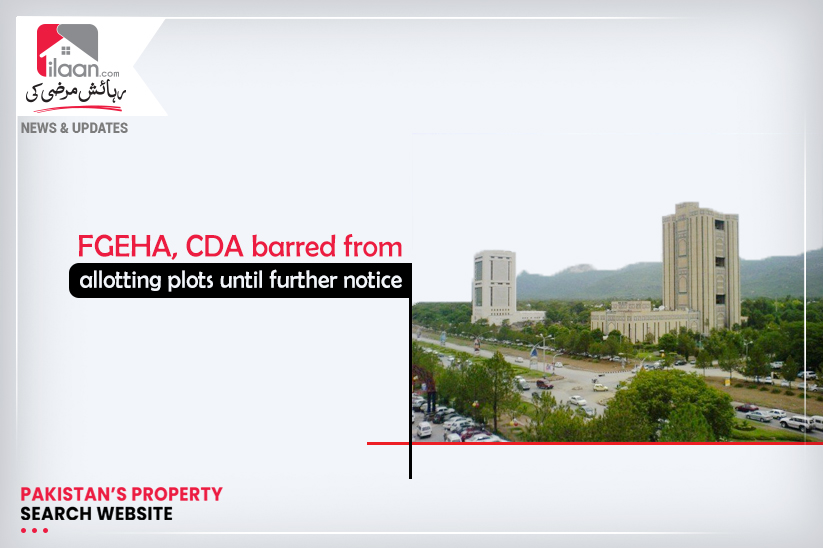 ISLAMABAD: The national organization of the federal capital and Federal Government Employees Housing Authority (FGEHA), which is nationally known for constructing houses schemes for government workers, has been stopped from allotting plots.

“Plots can only be allotted through auctions,” ordered by a single member bench of Islamabad High Court, Chief Justice Ather Minallah after hearing petitions filed by the evictees of various sectors in Islamabad, on Tuesday.

Upon Tuesday’s hearing, Islamabad High Court asked for the details about the authority’s compensation policy and the compensation that was paid to evictees by Capital Development Authority (CDA)

In response, CDA counsel told that he does not have the information about the entire city, whereas information can be collected from the related department of the authority.

“CDA Chairman should be called if the lawyer is unaware of it and CDA shall submit policies on the matter ever since the authority is formed”, Chief Justice Minallah remarked.

Reprove CDA’s representatives, CJ stated that the authority has been taken control by influential people. “You do not work for people well-being, why should not a widow be allotted a plot in sector D-12 instead of Sector E-12?” Chief Justice Ather Minallah remarked.