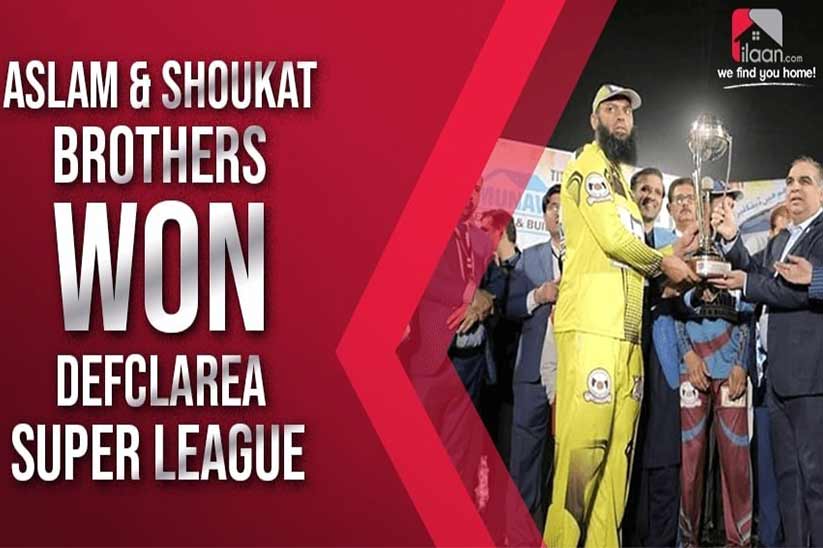 The tournament saw 42 teams of member real estate agencies of DEFCLAREA competing for the title and highly entertaining matches were witnessed. Aslam and Shoukat Brothers emerged as the winners of the tournament.

CEO ilaan.com Mian Muhammad Omer also attended the final of DEFCLAREA Super League and presented the winning team with an honorary exclusive package worth Rs. 120,000 that will help them gain an unparalleled online presence for the period of one year. Speaking to the media at the event, Mian Omer said, “ilaan.com is proud to be a part of the event and we are thankful to the management of DEFCLAREA Super League for organizing such a wonderful event fulfilling the corporate responsibility. We look forward to more events like these in the future and look to go hand in hand with DEFCLAREA for future events.”

Enjoy some of the highlights of the event here: