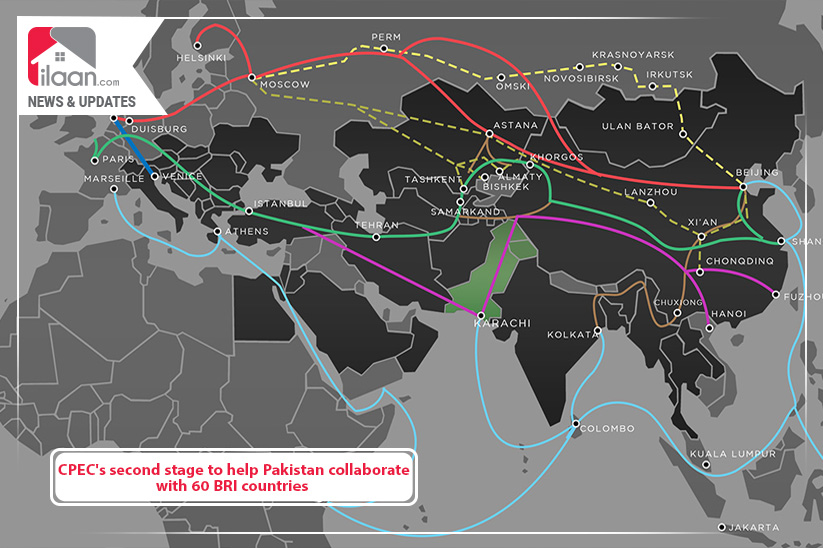 Islamabad: The second phase of the multi-billion-dollar China Pakistan Economic Corridor (CPEC) has been launched and Pakistan would now have the opportunities to collaborate with China and as much as 60 other countries partnering in the Belt and Road Initiative (BRI).

Recently, a policy dialogue titled ‘National Agriculture and Food Security in Pakistan’ was held at the Institute of Policy Studies (IPS) said that the CPEC is improving Pakistan’s connectivity not only with China but more than 60 different countries as well.

Experts from the relevant fields attended the policy dialogue held in collaboration with the Pakistan Agriculture Scientists Forum (PAS Forum) and arguments were presented. “Speaking during the event, the Pakistan Agricultural Research Council (PARC) Chairman Dr. Azeem Khan said, “We can collaborate with our partners in the social sector. There is a need for substantial emphasis on the development of the country’s agriculture sector, which offers huge prospects of growth and trade.”

Vice-Chancellor University of Haripur Dr. Anwar-ul-Hasan Gilani, Professor Faisalabad University of Agriculture Dr. Amanullah Malik, and IPS Executive President Khalid Rahman also spoke at the event. During the meeting, it was also revealed that till 2013, Pakistan was a food exporting country but became a food importing country thereafter. It was also said that the second phase of CPEC is a good opportunity to help the agriculture sector to recover.