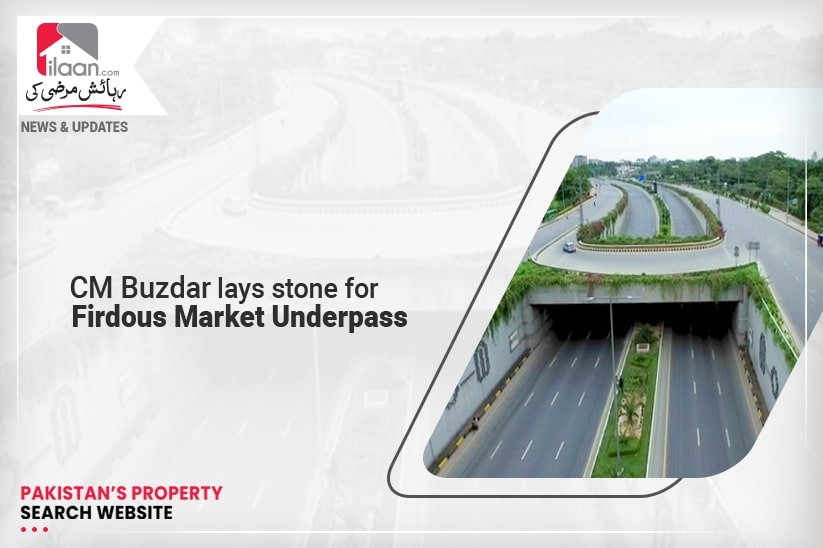 Speaking at the occasion, CM Buzdar appreciated the role of the Lahore Development Authority (LDA) that played a vital role in saving 130 million rupees. The project was initially estimated to be completed in a period of four months but the LDA has directed to complete it in just 90 days, said the CM.

He also said that around 7 Kanal land would be acquired for the project and no building would be affected by it.

The 540-meter long two-lane dual carriageway underpass would facilitate the traffic of the surrounding areas, while the facility would consist of double lanes on both sides with special arrangements for water disposal.