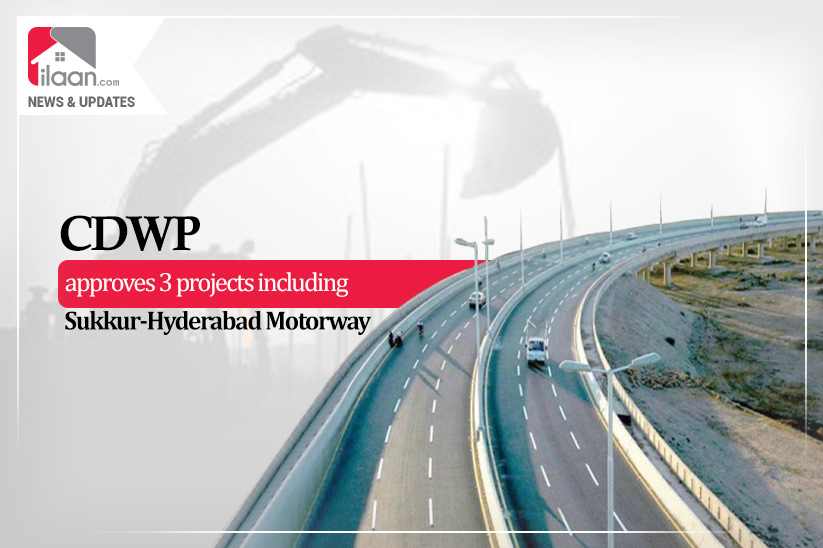 Islamabad: According to the news sources, the Central Development Working Party has approved 3 mega projects including Sukkur-Hyderabad Motorway.

Central Development Working Party held a meeting on Wednesday under the supervision of Deputy Chairman Planning Commission Muhammad Jahanzeb Khan. Three projects worth Rs 12.55 billion were approved at the moment and two more projects worth Rs 196.6 billion were also presented for consideration by the CDWP. Provincial government representatives joined the meeting through video conference while secretary planning Zafar Hasan and Senior officials from the federal government attended the meeting as in person.

Three major projects were about the following aspects:

A major project related to physical planning and housing worth of Rs. 3300 million under the title of “program to uplift water supply and sanitation infrastructure in under-development areas of Punjab” was approved by the CDWP. The major purpose of the project is to uplift the water and sanitation facilities at Tehsil Isa Kheil District Mianwali which is located at the side at the bank Indus River.

Not just this, four huge projects related to transportation and communication were also presented in the meeting and their details are as follows.

Hyderabad- Sukkur, 6 lane dividends fenced motorway project costs 182,496/- million and will be constructed on the basis of BOT. furthermore, it will be constructed, maintain, and operation by concessionaires for the full period as per the concession agreement and will hand over the facility to NHA after completion of the NHA agreement.  This is project is supposed to be executed under public-private partnership mode. Out of a hundred percent cost of the project, the government of Pakistan will provide a 4% share while the rest of the cost of the project will be given by the concessioners.

A position paper was also presented in the meeting regarding “Improving Human Development Indicators in Pakistan with the focus of CDG’s relating to Education and six EFA goals” values RS 3616.152 million which was approved straight away by the CDWP for the extension for salaries of the entire staff for the duration if 6 months respecting all the humanitarian grounds including BECS teachers also. The education minister was also directed by the Chairman to present the proposal regarding the planning commission for handing over the students and teachers to the respective provinces within a week's time.