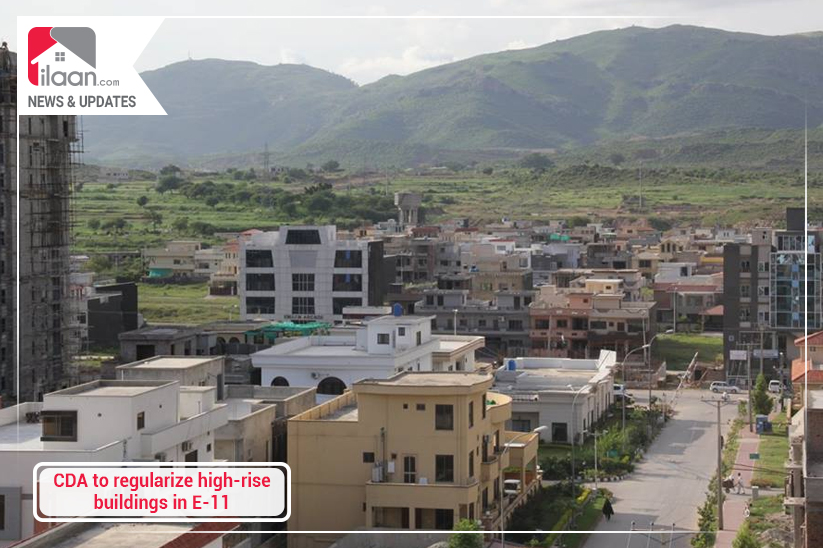 Islamabad: According to the news sources, the Capital Development Authority (CDA) has decided to regularize high-rise buildings in E-11 after opening a window for regularization of unauthorized construction in Zone IV.

Sources in the CDA reveal that the new parameters to regulate buildings in E-11 had been notified in the Gazette of Pakistan through a statutory regulatory order (SRO). There are more than 50 unauthorized high-rise buildings in E-11 where billions of rupees have been invested by local people and the builders. However, a few years ago, the CDA implemented a ban on the construction activities in the sector.

The CDA ignored the massive unauthorized construction in the sector for years claiming the area was an ‘exempted pocket’. The CDA Part II SRO titled “Review of the master plan of Islamabad prepared by federal commission” got new parameters notified in the Gazette of Pakistan on February 14 to regulate the buildings in E-11.

According to the SRO, “Due to lack of enforcement, hundreds of projects have been executed in Islamabad. There have been several rulings from august courts to take immediate steps in order to provide relief to residents of these projects. There is a number of multi-story housing projects constructed in E-11 without getting necessary approval from the CDA.