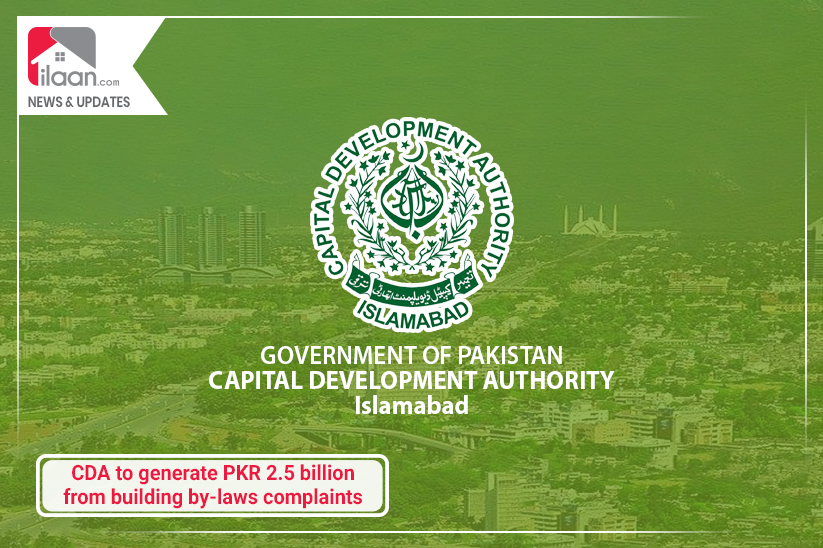 CDA is likely to generate around PKR 2.5 billion in revenue from complaints of building by-laws from commercial spaces situated in the sectoral area of the city.

Islamabad: The Capital Development Authority (CDA) is likely to generate around PKR 2.5 billion in revenue from complaints of building by-laws by numerous commercial premises situated in different areas of the city. The estimated amount of revenue would be generated from the commercial premises that are categorized as compoundable violators while strict action including removal of violations through demolishing would also be taken against the irregularities.

The spokesperson of CDA said that the Building Directorate-I has segregated premises on the basis of violations committed by the owners under compoundable and non-compoundable violations categories. The buildings found in violation of the by-laws continued to carry out business activities for years without paying any fees; however, they will have to comply with the fee or strict action would be taken against them, he added.