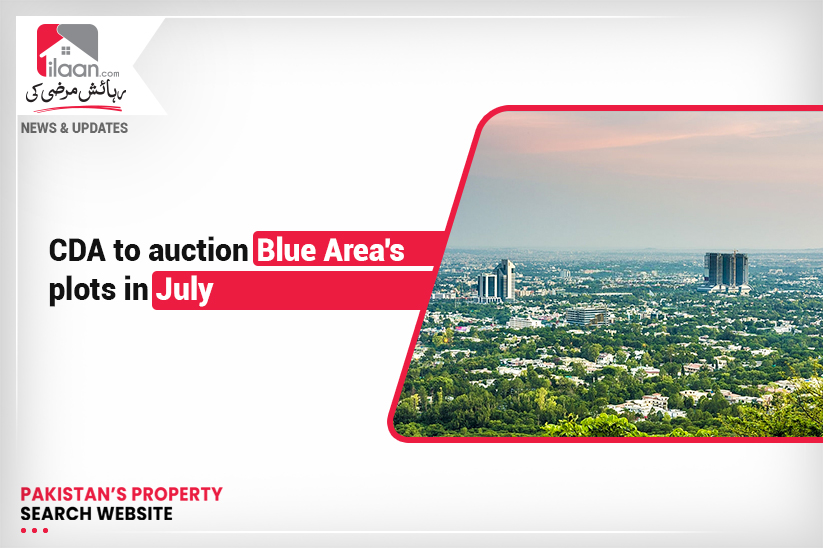 Islamabad: The Capital Development Authority (CDA) is going to auction the Blue Area’s plots in the third week of July, as reported by the news sources.

According to the news sources, the auction is going to be organized under the Prime Minister’s vision of Naya Pakistan. The details suggest that a portion of Blue Area that falls in Sector G-9, on the southern side of Jinnah Avenue, has been earmarked for this purpose. This was selected on purpose to attract maximum investment.

The auction of the Blue Area plots was earlier scheduled to be held in April; however, it was postponed due to the COVID-19 outbreak in the country and the lockdown imposed. Now, the authority has once again flouted the new advertisements in print media.

CDA Director Public Relations Mazhar Hussain has informed that the auction of commercial plots would be held on 15th, 16th, and 17th of July at Jinnah Convention Center.

He said that the slogan “Blue Area, New Vision” depicts a unique opportunity for businessmen and investors to promote their businesses and brands in the newly developed business hub of the capital city.