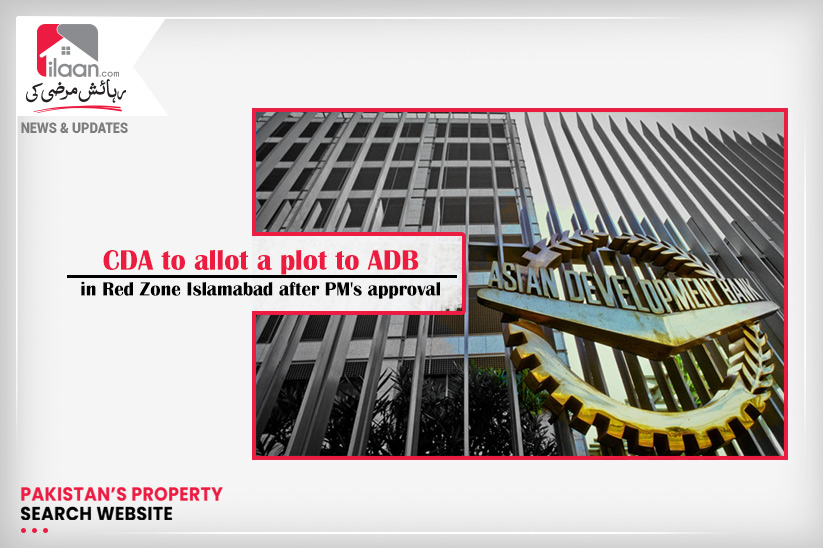 Islamabad: The Capital Development Authority will formally allot a plot to Asian Development Bank on Shahrah-e-Jamhoriat in Red Zone of Islamabad after Prime Minister’s approval.

A plot measuring one acre was earmarked for the international bank in 2006 on Shahrah-e-Jamhooriat, which is adjacent to the new building of the National Accountability Bureau (NAB), a news source reported.

The area is reserved for public buildings but a two-tier approval is required for the allotment of the said area. The formal procedure begins with the authority, which is CDA in this case, earmarks any plot for a specific building but the formal approval is given by the Prime Minister of the country. The earmarking for this project was done back in 2006 by CDA’s planning wing and its board had also approved a summary in this regard with subject to the approval of the Prime Minister’s office.

The Asian Development Bank (ADB) did not pursue the approval from the Prime Minister’s Office and the matter was lying pending, as the reports suggest. However, the Federal Cabinet has approved the allotment of the said plot to the ADB and after the payment is received from the bank, CDA will allow the plot. Asian Development Bank will construct the country office on the plot.