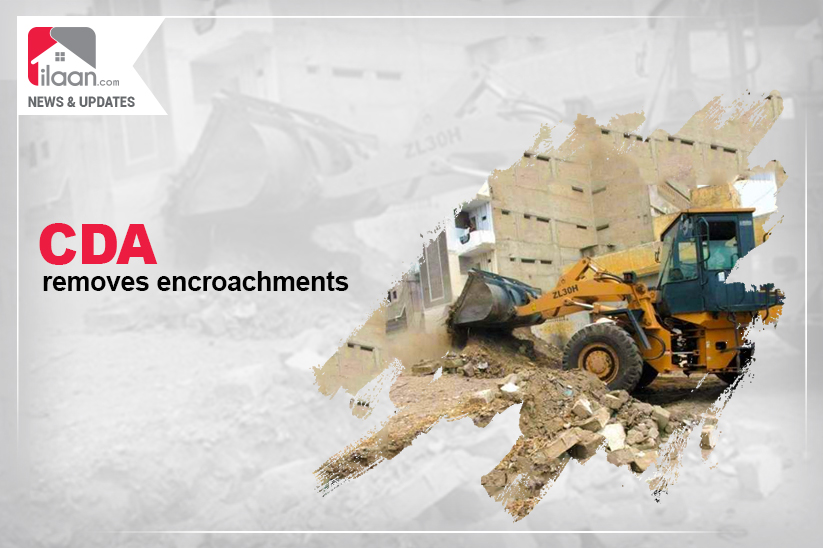 Islamabad: The Capital Development Authority (CDA) has foiled an attempt to encroach state land near Centaurus Mall, as revealed in a statement on Wednesday.

The officials of the Enforcement Directorate of CDA demolished the structures being constructed on state land in an operation conducted with the participation of other concerned formations. The action was taken after a report received from the vigilance staff that the contractor of the parking plot allotted by the IMC Municipal Administration Directorate was carrying out construction beyond the parking plotline on the state land.

The Enforcement Directorate acted quickly on the report and demolished two under-construction rooms and shed constructed on the state land. Moreover, it was also reported that the contractor has also established their office on state land so notices were served to the contractor of the parking area to remove container-based offices within 24 hours. The warning was also issued to the contractor of strict action if the order was not fulfilled.

The authority also warned the contractor to avoid any future attempts in this regard. In a separate operation, the team of Enforcement Directorate demolished a huge illegally constructed structure comprising of 5 rooms and one washroom in the Mulpar area.