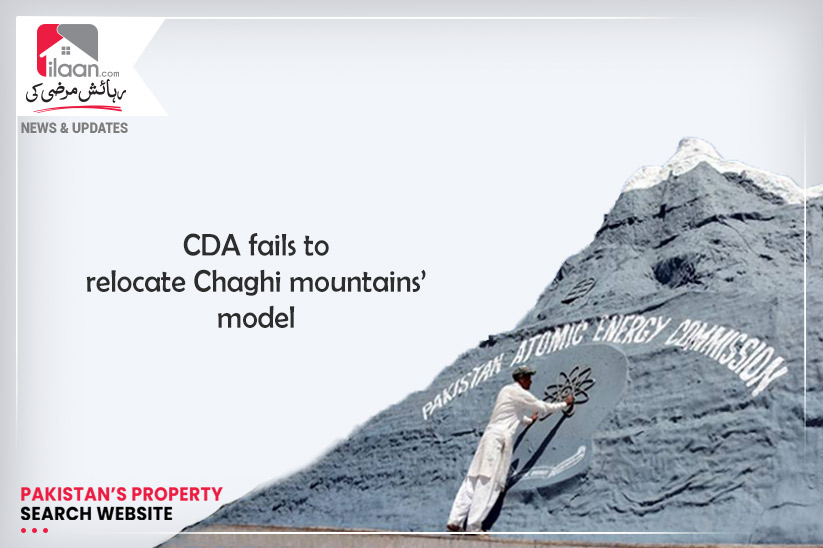 Islamabad: The Capital Development Authority has failed to preserve the iconic Chaghi Mountain model even after 22 years of Pakistan’s successful nuclear tests.

The model of Chaghi Hills was made and installed alongside main Islamabad Express Highway near the Faizabad flyover after the nuclear tests were conducted on May 28, 1998. The model was funded by the Pakistan Atomic Energy Commission.

A number of public rallies used to conclude their processions of May 28 at this model, every year to observe the Youm-e-Takbeer, a day when Pakistan emerged as the 7th atomic power in the world.

Unfortunately, the model was dismantled in August 2016 when the widening of the Islamabad Express Highway was underway and some parts of the model were left unattended. Recently, a picture of the abandoned model has surfaced the social media platforms that have prompted the authorities to take notice.

The Mayor of Islamabad who was also the acting chief of Capital Development Authority at that time had announced to relocate the Chaghi Model at F-9 Park. A press note issued by the CDA had stated: “The Chaghi mountain model installed at Faizabad will be relocated at Fatimah Jinnah Park (F-9 Park).

This was decided due to the construction of the signal-free corridor from Zero Pint to Rawat.” The Director of Public Relations CDA Mazhar Hussain is yet to comment on the matter.