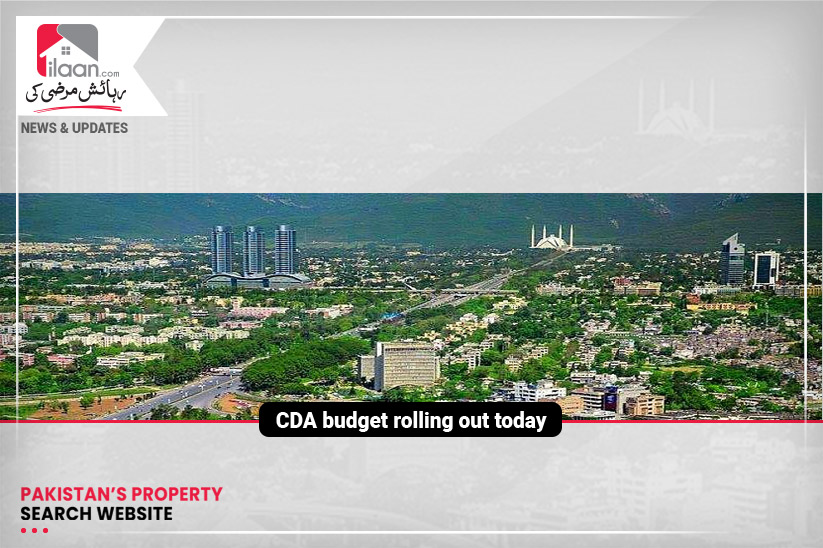 Islamabad: The Capital Development Authority (CDA) is going to pass a record budget today with a total outlay of PKR 49 billion for 2020-21.

Funds will be allocated for several mega projects including the development of Park Enclave-III, construction of flats in Sector I-9, shifting of slum dwellers of Sector F-6, and F-7, construction of 7th Avenue Interchange near Aabpara, and rehabilitation of IJP Road.

Sources have confirmed that the CDA board headed by Chairman Amer Ali Ahmed will approve the budget in its meeting scheduled to be held today. According to Chairman CDA, this year is going to be for development and the residents of Islamabad will witness a massive change in the city.

Last fiscal year, CDA had passed the Rs27 billion budget. However, this year, the budget has been increased to PKR 49 billion, which is a massive change.

Sources said that Rs12 billion has been allocated for operations and salaries while Rs24 billion for 65 development projects. Whereas, an additional Rs 1.5 billion is reserved for land compensation to people whose land had been acquired in sector H-16 and I-17 years ago by CDA but their compensation amount worth around Rs4 billion is still pending.

Sources said Rs2 billion are already in CDA account for compensation and with the addition of Rs1.5 billion, the CDA will be in a position to clear over 80 pc dues of the people.

During the meeting, the board will also decide to allocate funds for the metro bus operation from Peshawar Mor to Islamabad Airport.