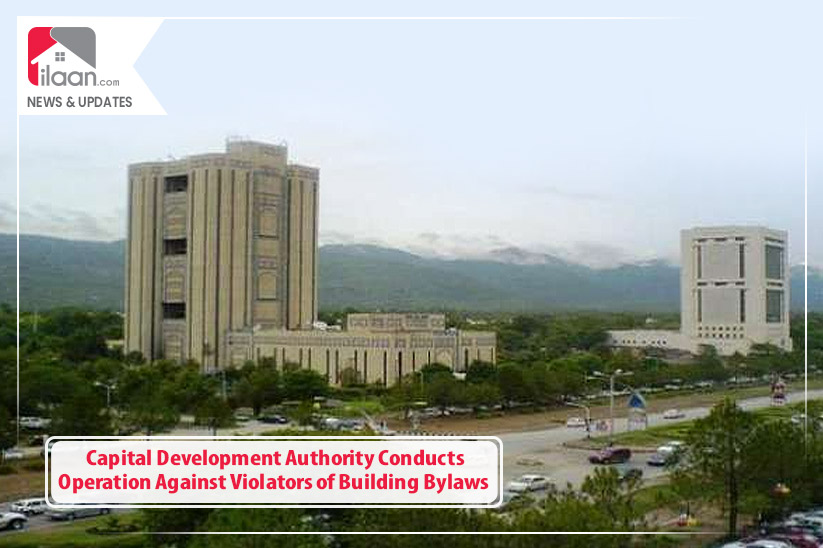 Capital Development Authority (CDA) has initiated operations against violations of building and zoning regulations in approved housing societies located in Zone II and Zone V of the city.

Islamabad: The Capital Development Authority (CDA) on Thursday initiated an operation against the violations of building and zoning regulations being made in the approved housing societies of Zone II and Zone V of the city, as reported by the news sources.

In the recent action, 16 premises including a residential house, commercial buildings, and site office of a contractor were sealed in Soan Garden Housing Society for violating Islamabad Building and Zoning regulations 2005. Speaking about the action, the CDA spokesperson said that the owners of the premises failed to comply with the instructions of the authority regarding the approvals for building plans, completions of building, and other illegal constructions in their premises. The action was conducted after several warnings and an ample amount of time given by the Authority.

The operation was conducted by the Building Control Directorate with the assistance of the local administration. Enforcement Directorate, Islamabad Police, and other concerned formations also took part in the operation.

“The operation was carried out as a narrative of the CDA to ensure the implementation of the building by-laws and curtail haphazard constructions in the capital city with housing societies particularly failing time and time again in the territorial limits”, said the CDA spokesperson.