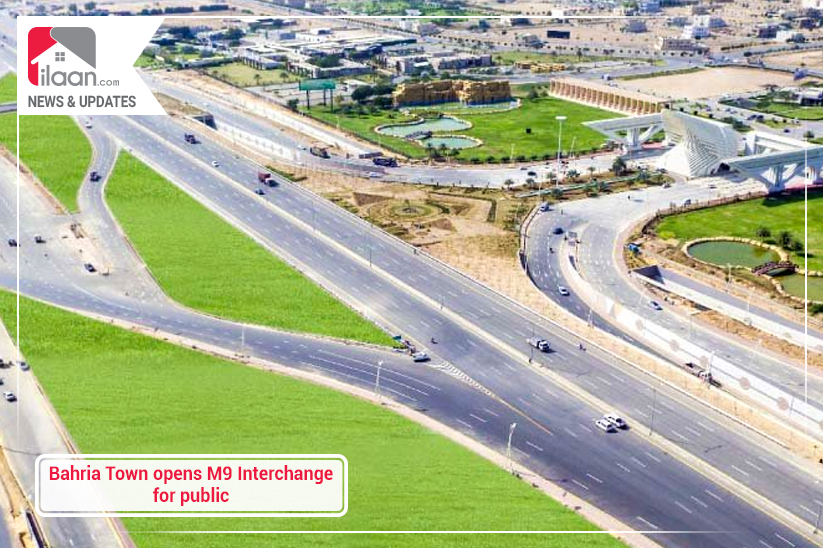 Karachi: Bahria Town Karachi has opened its newly built dedicated interchange on M9 Motorway for the public. Known as Bahria Town M9 Interchange, it is Pakistan’s first massive public infrastructure to be constructed and fully funded by a private real estate developer

The purpose behind Bahria Town M9 Interchange is not only to assist the commuters living in Bahria Town but it will also facilitate the travelers at large. This 8-km long project includes 3 underpasses, multiple slip roads, access roads, and service roads. A part of M9 also passes through the interchange and there is an extension to an existing bridge also. Moreover, a new bridge is also being constructed with a causeway.

The 35 acres of land on which the project has been built, is a beautiful combination of horticulture and infrastructure where elements such as trees, shrubs, plants are used artistically alongside the network of roads, pavers and walk ways.

It is the South Asia’s biggest and most modern interchange connecting Motorway-9, connecting Bahria Town Karachi with Sukkur. The interchange has been opened for the public on the special directions of Bahria Town’s chairman Malik Riaz and its opening has delighted around 10 million people of the area because it has revolutionized traveling upcountry from Karachi and its surroundings.