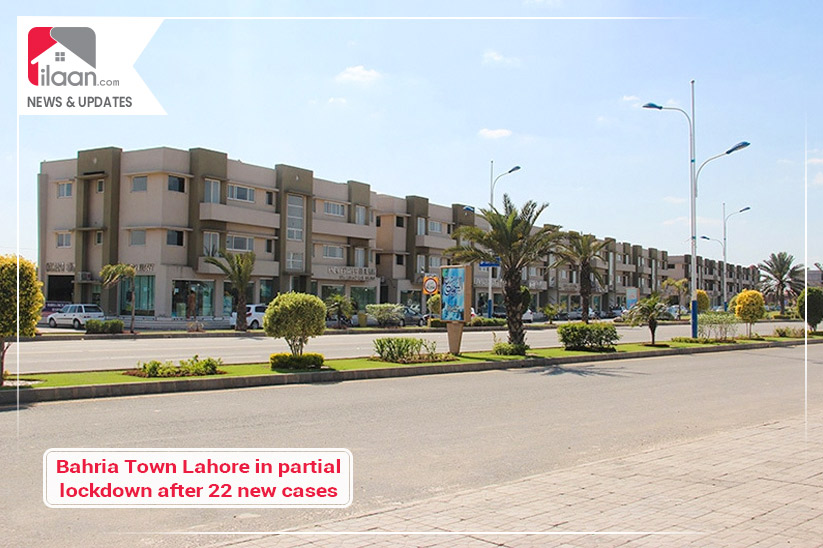 Lahore: Punjab Police has conducted a partial lockdown of Bahria Town Housing Society after 22 new confirmed cases of coronavirus, as reported by the news sources.

The police have deployed heavy security at the blocks and outside the residences of families following the directives of the Punjab Authorities. The police had already put the entire Raiwind City in lockdown to protect the locals from the virus when hundreds of Tableeghi Jamaat members were tested positive for COVID-19. Due to the close proximity of Bahria Town with Raiwind, the police took that decision.

Saddar Division SP Syed Ghazanfar has confirmed that 90 police personnel were deployed at the blocks of the housing society where 22 cases were reported. He further said that the movement in the society was restricted and all entry and exit points have been closed except two.

Social distancing has also been implemented in the commercial markets of Bahria Town as a preventive measure and a complete ban has been imposed on the general public to enter the society. It should be noted here that Punjab’s total number of confirmed cases has crossed the 2,000 marks.