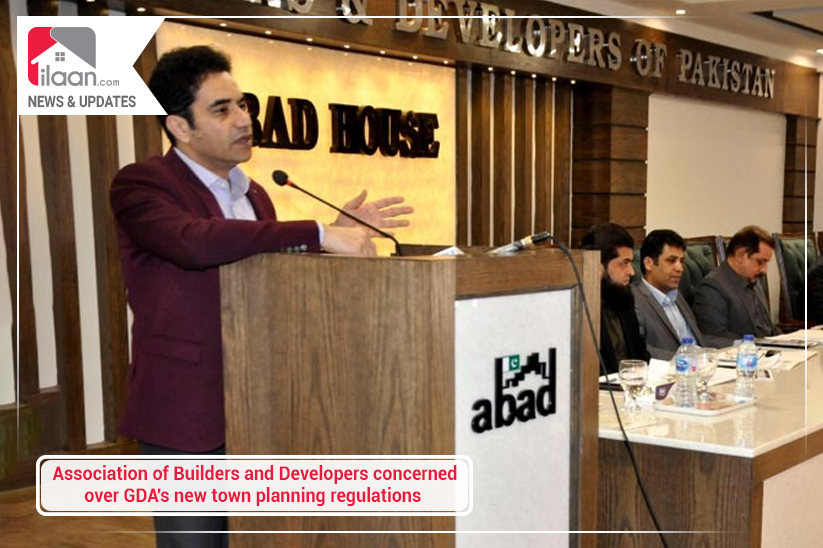 Karachi: The Association of Builders and Developers (ABAD) has expressed its concerns over by-laws of the Gwadar Development Authority relating to construction of commercial zones and housing schemes in the port city.

“These regulations should only be implemented on new housing schemes and should not supersede the Town Planning Regulations 2004-2005,” he said. He also demanded that Clause 76 of the Town Planning Regulations, 2019 must be added to the new regulations which say that the existing schemes shall not be affected by the new planning standards. However, in case of any conflict between the Master Plan and the existing scheme, the guidelines of the former shall prevail.

He also highlighted the controversial Clause 3 of the Town Planning Regulations, 2020 that states: The GDA Land Management Director will register the mortgage deed within the Authority, besides looking after amenities and reserved land of the Authority. In response to this Clause, he said that the amenities should be looked after by the sponsors, builders, and developers.

The GDA Director-General Shahzeb Khan Kakar admitted that the lack of coordination in policymaking among departments was witnessed in the past. However, he said that the authority is trying to bring all the stakeholders on one page before devising new policies. He also assured the members of ABAD that GDA would not many any changes to the master plan and by-laws without taking them into confidence.