Anti-Encroachment Operations to be Continued – Ordered by SC 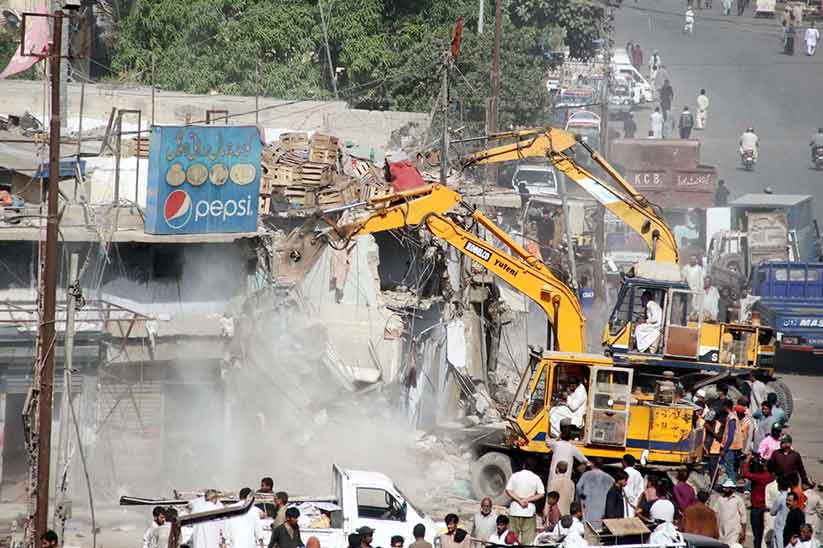 Anti-Encroachment Operations to be Continued – Ordered by SC

Karachi: The Supreme Court (SC) of Pakistan has recently directed all the provincial, the local government as well as the cantonment board to continue its anti-encroachment operations in the city Karachi. All the areas where there are illegal constructs are required to be demolished.

The civic agencies were directed earlier this year to continue their operations against illegal occupants and land acquisition throughout the country.

All the bench members have directed Iftikhar Qaimkhani, the Chief Director General of SBCA (Sindh Building Control Authority) to ensure the full implementation of the court;’s order in this stance. The court has also pinpointed much multi-story building all over Karachi that not just lack in water lines but are also blocking the parking areas everywhere. Saddar is prominently pointed out for having illegal parking areas. The bench members have requested the SBCA chief to continue the operations against such problems, including Saddar. Mr. Qaimkhani has ensured that in near future they are ready to take down the Saddar area.

SC has also given a timeframe of two weeks to PR (Pakistan Railways) to ensure land retrieval along the tracks of KCR (Karachi Circular Railway). All the concerned authorities have been directed by the bench members to hand over the retrieved land to the provincial government. It is further stressed to make sure that KCR becomes functional within a period of one month.

Karachi Commissioner has been also directed by SC bench members that he must play an effective part in the elimination of multi-story buildings from several areas of Karachi. It is also ordered to compensate the affected residents of the buildings as well as the shopkeepers. Rangers DG and Sindh Police Inspector Genera are ordered by the bench to eliminate all the encroachments from the footpaths, all over the city.