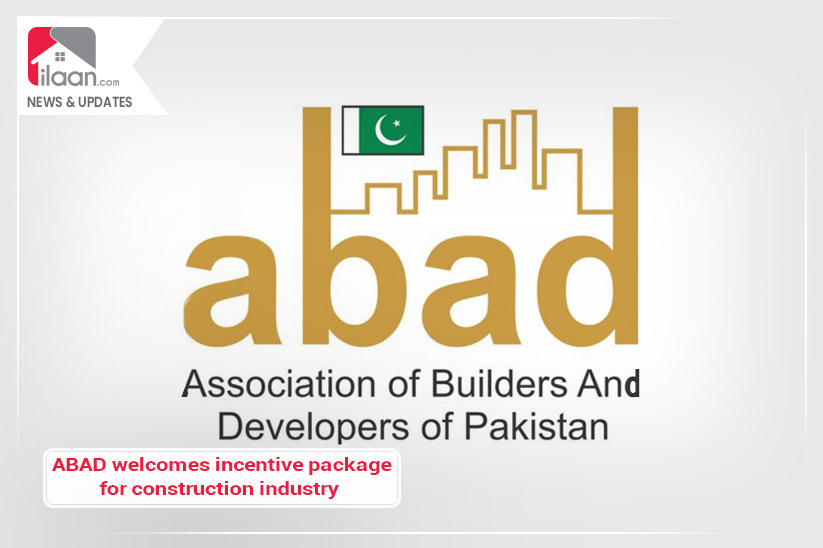 Karachi: Association of Builders and Developers of Pakistan (ABAD) has lauded the incentive package for the construction industry announced by the Prime Minister earlier.

ABAD Chairman Mohsin Sheikhani termed the incentives announced by the Prime Minister Imran Khan as a historic package for the construction industry, which is now given the status of an industry. According to him, it would be a ‘turning point’ for the economy of Pakistan.

While announcing the package, the PM said that no question would be asked about investment in the construction industry this year and added that there would be a fix tax regime (FTR) for the industry. He also announced that a 90 percent fixed tax would be waived off if invested in Naya Pakistan Housing Scheme.

The government would also waive off the withholding taxes for the sector, and the federal government would discuss sales tax reduction with the provinces. Punjab and Khyber Pakhtunkhwa have already reduced the sales tax to two percent. Moreover, no capital gain tax would be charged when selling a family house. A PKR 30 billion subsidy has also been announced for the Naya Pakistan Housing Scheme.

ABAD chairman said that upgrade of the construction industry to a sector was long-awaited, and the builders looked forward to the establishment of the Construction Industry Development Board.