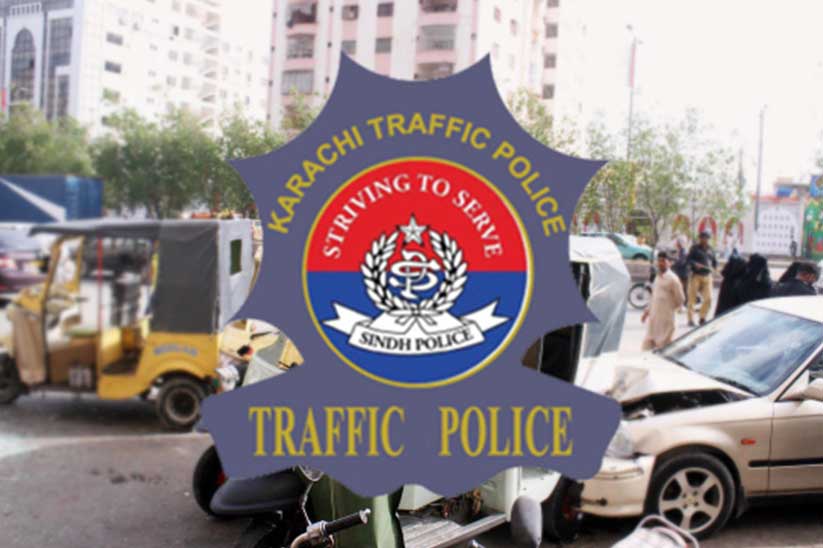 Karachi: Recently, Karachi traffic police has identified nearly 19 spots in the Karachi city where a careless motorcyclist can meet to dangerous accidents such as mugging or even life-threatening fates.


During the investigation research, the authorities residing in the southern port city have found 19 places and marked them as sensitive spots in the metropolis. The incidents can take place after violating traffic signal rules or at the intersection areas, worst over speeding and even running while jaywalking.

The 19 spots that can turn over the fate of your life into disastrous one includes Shahrah-e-Faisal, Shahrah-e-Pakistan, Teen Hatti, Johar Morr, Gul Bai, ICI Bridge, Maripur Road, Hakim Ibn-e-Sina Road, Hub River Road, Liaquatabad No. 10 and the vicinity near it, Khayaban-e-Muhafiz in DHA (Defence Housing Authority), Drigg Road, various locations at Rashid Minhas Road, Saeedabad Police Training Center and its surroundings, route from Chamra Chowrangi to Vita Chowrangi at Korangi side, M.A. Jinnah Road and multiple areas around it, several areas near Gulberg, 4K Chowrangi at Surjani Town and route from National Highway to Malir 15 area.

As per the calculations of the incidents that took place back in 2018, at least 71 people lost the battle of their lives in 88 accidents that took place at these locations. At these spots, numerous people have got mild injuries to severally injured fractures resulting in disabilities. More than 30 car crashes that include fatal ones leading to death have occurred in the current year as well.

As per the concerned officials of Karachi traffic police, if people start to follow the traffic guidelines and rules religiously and promise themselves never to violate the traffic signal rules at any cost, such accidents can be reduced to a larger extent. It is crucial to stay alert, be aware and cautious and prioritize their safety and lives before anything else.