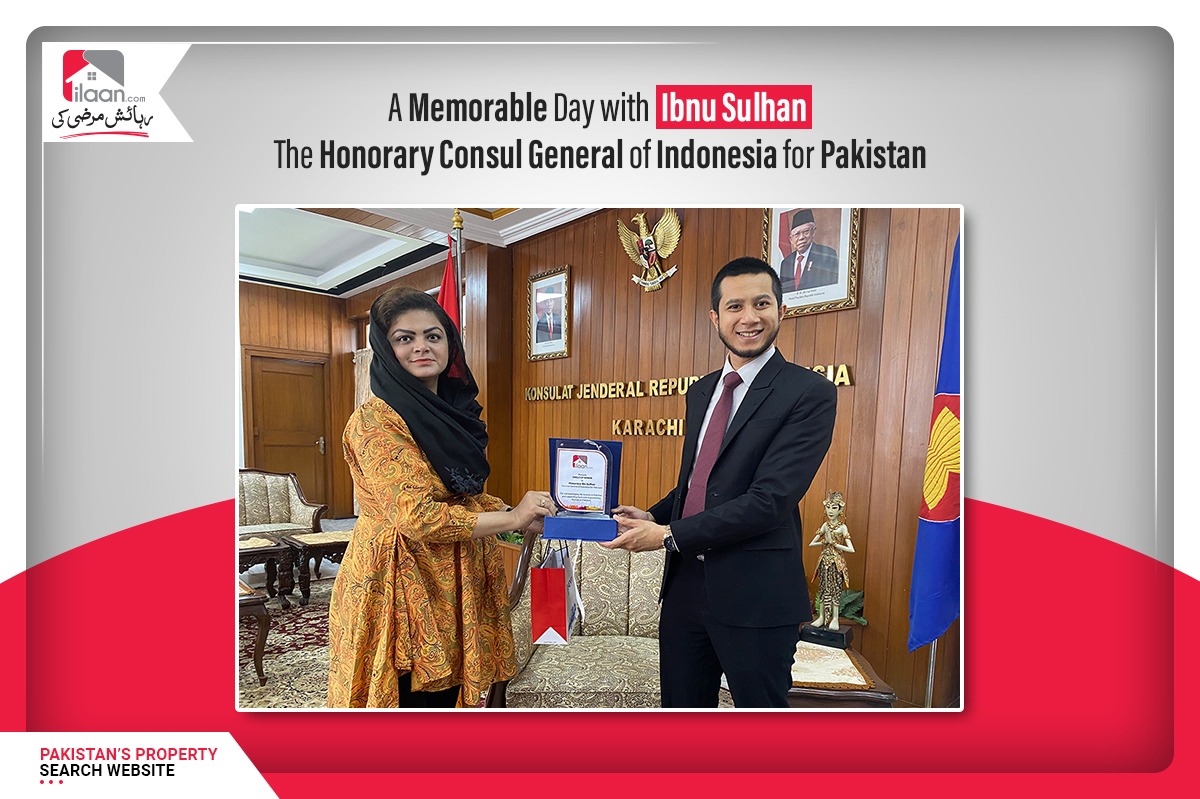 Karachi: The Head of PR Department ilaan.com, Humnah Syed spent a day with the Honorary Consul General of Indonesia for Pakistan, Ibnu Sulhan.

The meeting was scheduled for the purpose of an interview on "Open Tourism in Pakistan" and how the government of Indonesia intends to improve the people-to-people connections between the two nations.

On this occassion, a Shield of Honour was also presented to Mr. Ibnu Sulhan. The interview will be available soon on all the social media channels of ilaan.com.

Praising the efforts of ilaan.com, Mr. Ibnu Sulhan said he was thankful to the team for coming and conducting the interview.