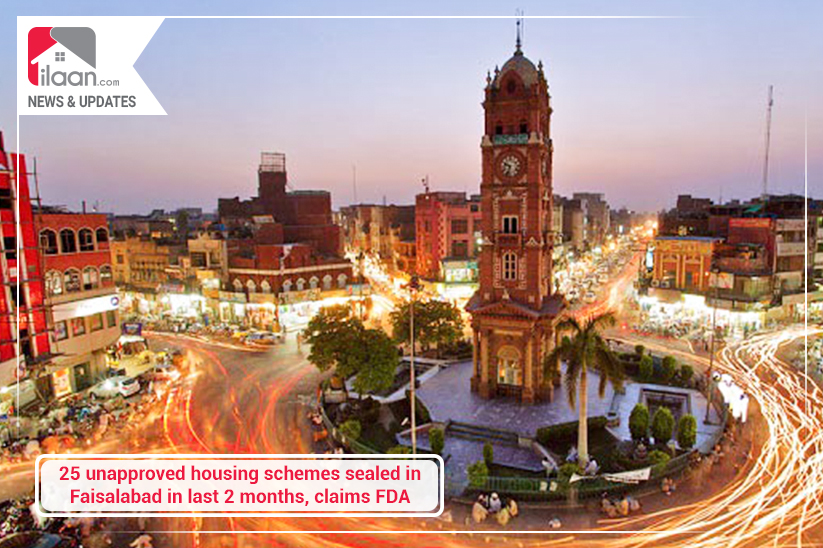 Faisalabad: As many as 25 unapproved housing societies have been sealed in Faisalabad during the last 2 months, claims Director-General Faisalabad Development Authority (FDA) Sohail Khawaja while giving a briefing to the parliamentarians during a meeting.

The meeting was attended by parliamentarians and high officials of the Punjab Government including Special Assistant to CM Malik Umar Farooq, members of the provincial assembly, Adil Pervez Gujjar, Latif Nazar, Shakil Shahid, Mian Khayal, Mian Waris Aziz and others. The FDA DG also informed the attendees of the meeting that the sale and purchase of plots in these housing societies had also been banned.

Speaking at the meeting, he said that 34 FIRs had also been registered against the developers involved in the illegal practice of town planning while 12 challans were made against the defaulters. Moreover, 182 notices were issued to the developers found in violation of the building laws. He said that the utility departments had also been moved letters against the 301 illegal and unapproved housing schemes for not providing utility services, i.e. electricity and Sui gas, in the unapproved housing schemes.

When inquired about the revenue and recoveries, the DG informed that total recovery of PKR 35.41 million had also been made from the developers of town planning. He further said that the proposal had been approved by the governing body of the FDA to start the registration of developers of housing colonies. It will help organize the system with transparent regulations.