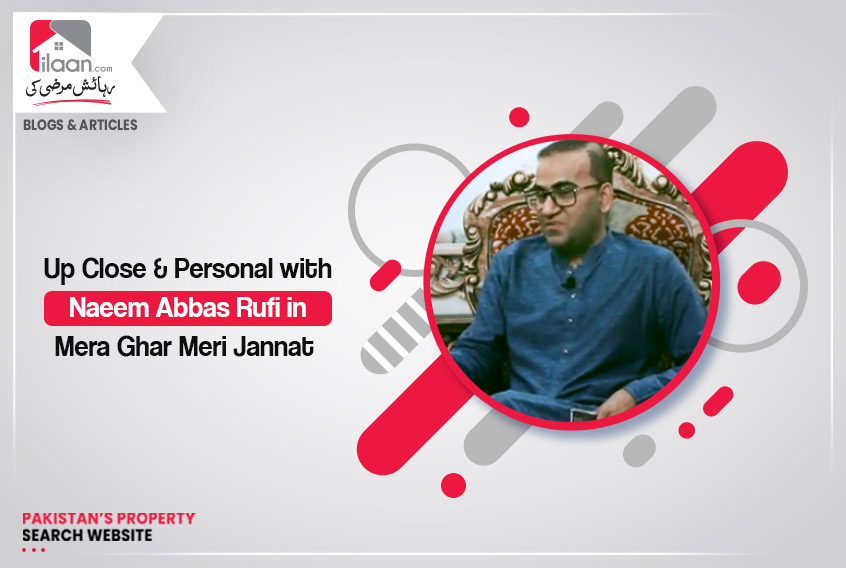 Humna Syed took an inside look at Naeem Abbas Rufi’s house and get to discover the reality of him. Every house has a story, to know about his story we asked him how does his house become his heaven and how much time did he take in constructing his personal residential space? We listened to his famous songs and chit-chatted with him.

On asking about how he decided to join the music industry, he said that he never decided anything as things that are meant to be would always find their way. Especially, when it is about an artist, we are born artist by birth. He used to participate in different singing and Milli Naghma recitation competition that he won too. Humna asked about the people who supported him in the industry and he mentioned Akhtar Jaffery who helped him in launching his first album “Beete Dino Ki Yaadein.”

He said that he is a jolly person and likes to meet people. When asked about the person he is very close with, he mentioned his daughters, who are very close to him. He said that I have transformed my sons into friends so that they can trust and talk about absolutely anything with me. When asked about what makes a house a home, he said that the happiness I have in my home has reshaped my home into heaven. We all laugh together which makes this house a piece of paradise for me and my family.

He sang his favorite song “Yaadan Terian Aundian Nay” and all that we had to do was to listen to him. His voice has that magic that can make anyone stand, stare, and listen to his songs. The pitch of his voice makes him stand out from the crowd. He then gave us a short tour of his house where he showed us his kitchen, garden, library, and bedrooms. He has put his real effort in the creation of his house.