The Reality Behind McDonald's Business 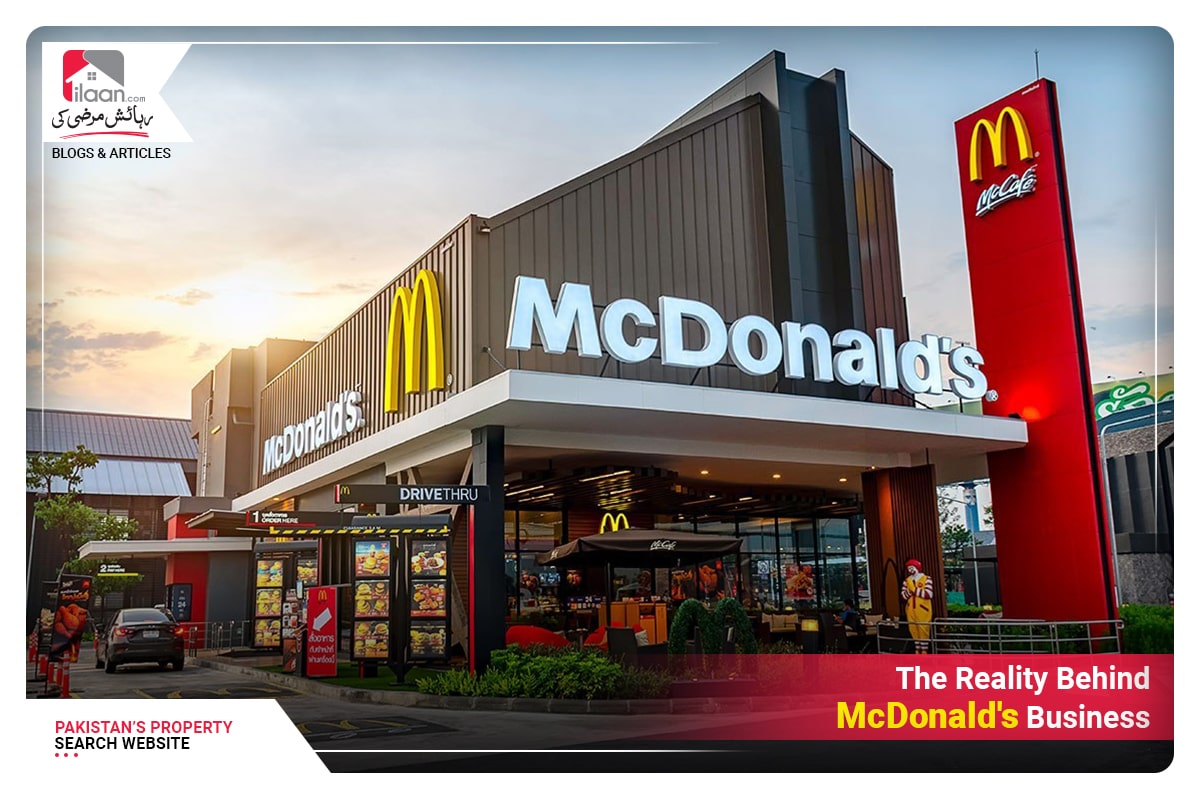 The Reality Behind McDonald's Business

How about a happy meal for your kiddo or a share box for your friends? Sounds good and economical, right? But you will be amazed to know that McDonald's actual business is to invest in real estate other than selling chicken filled eateries. The majority of us never realized that McDonald's is not only about flipping burgers and selling milkshakes, coffee, and cardamom tea. To understand what makes McDonalds corporation very successful, you would have to look back on the time McDonald's corporation was planning its strategy.

Back then when the McDonalds brothers hired Kroc as a strategist to boost their business. After some time of hiring Kroc was struggling to make the most out of this business. He was unable to bring more revenue just by selling fries, burgers, and shakes while on the other hand, other companies were bringing more revenue by the same business. The income bought by Kroc was not even enough for paying the cost of business. After a long discussion, McDonald's Brothers decided to bring Sonneborn into the business as a new strategist who convinced them to believe that real money is always hidden behind the real estate. That was the time when McDonald's fate was designed to be uplifted.

Sonneborn presented the plan that suggested the company to lease a plot and the building for each restaurant. Furthermore, it is suggested that the company would sublease the property to other franchise that is willing to run the business. Over time with more success, Sonneborn came up with an idea to take out the mortgages to own the property of McDonalds restaurants from all over the world. Following the plan, Kroc made up Franchise Realty Corporation to find people who were willing to work with McDonald's.

This calculation is specified for international chains and may differ according to countries and currency rates. The response McDonald's corporation gets in return is overwhelming because people are ready to pay the mentioned prices to get a huge number of people through the gateway.

As mentioned on McDonald's Website, about 80% of McDonalds outlets in the entire world are being operated by the Franchise operator while the rest are company-operational outlets. This is one of the major reasons why the food sold at McDonald's is relatively inexpensive as compared to the same food quality and products of other food chains. This freedom of earning money from real estate rather than just selling food enables McDonald's to take wild experiments of trying dip with fries. Even if their new experiment does not perform well, this would not cause any major harm in their revenue. There is a total of 38.695 franchises of McDonald's that are operating around the world and all of these are the company's own properties.