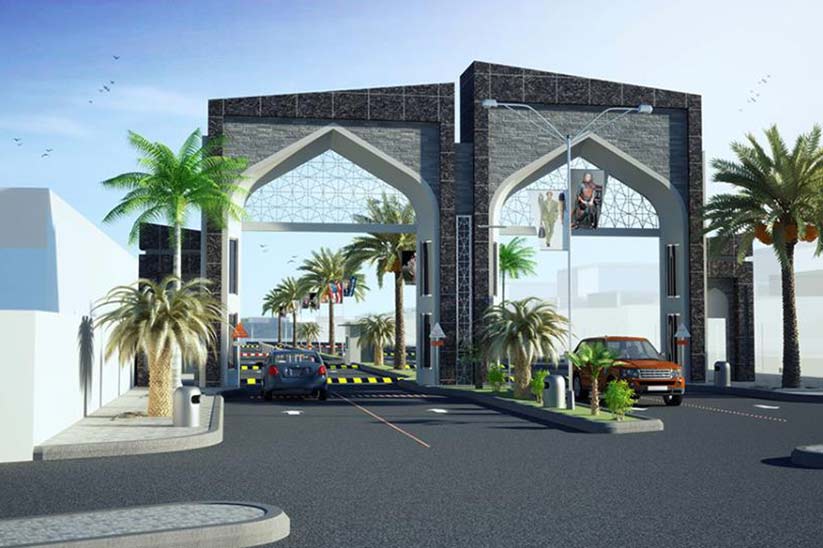 Real estate business has started to get on the right track, with the new developments taking place, so many developers are building schemes and societies, providing quality family life to the inhabitants. Lahore has seen the development of many housing schemes, which have attracted the investors and buyers because it offers all the luxury and amenities of life, while all that in an affordable package. There are a lot of real estate schemes that have been giving lucrative profits to the investors and the buyers of the estates. The investors are able to buy or rent the properties and be able to make a good income on it.

The current scenario of real estate in Lahore has encouraged the investors to make the investment in the various projects. An increasing number of buyers and investors have been buying these schemes, after which when the prices hike after and the investors are able to sell these houses at such high prices. Such a good investment of Real Estate is the ‘Pak Arab Housing Scheme’. The project has been launched back in 2012 and that is the time when it started making headlines. There are huge investment opportunities in the Pak Arab Housing Scheme, which has attracted a high number of investors and buyers from all around the country.

Pak Arab Housing Scheme is one of the most well-planned and idyllic housing societies in Lahore that was started in 2012 by the WAK Developers. The project has been designed to make sure that it provides modern living with a high standard of a hi-fi living scheme even for domestic investors. It is the reason why so many people have started to find the house for sale in Pak Arab Housing Scheme so that they could also experience the luxurious amenities and features of a society.

The Pak Arab Housing Society is settled on the Ferozepur Road and it is the reason why it has such a prime location with close proximity to a lot of the areas in Lahore. Most of the people want to have quality living but in such high inflation trends, they want it to be affordable and that is where the Pak Arab Housing Scheme comes into play. The inhabitants can also find a house for rent in Pak Arab Housing Scheme if they don’t want to buy one and enjoy a high standard of living. The society has been built keeping in mind to cater to the needs of the middle and lower-middle class.

The project was introduced by the WAK Developers and the owner of the housing plan too. The group has done major development in the real estate sector of Pakistan, and not just Lahore. The group was launched with the first projects, dated back in 1960 and known as DHA Phase 1. A few of the known ventures of WAK Developer have been the Sui Gas Housing Scheme, Canal Park, and River Edge, which has grabbed the attention of not a few but a lot of investors for the scheme.

The sale of the properties started just after the launch of the project as many buyers were interested in investing their money in it. The project is once again being highly promoted by its developers due to the reason that the development process of the initial stage is about to be concluded. If you are someone who wants to own a plot then you should find a plot for sale in Pak Arab Housing Scheme to get early possession of it as an owner and be able to cash your investment with high returns too.

The society is a mix and the perfect combination of residential and commercial units and it is situated at the prime location of Lahore City. You can find the society at the edge of the renowned Ferozepur Road, from where you will be able to access five of the main areas of the city. It can be seen that the Pak Arab Housing Scheme is just 3.5 km away from the Model Town Lahore, while you will be able to reach the Kalma Chowk within 5-to 8 minutes from the society. The LDA city is also located on Ferozepur Road.

There are various developments that happened in the area too, which makes the scheme to be in even close proximity to the other schemes and locations which also include General Hospital, Descon Engineering Headquarter, Nishter Colony, and Metro Bus station. The inhabitants of society can very easily access these locations. Furthermore, the main localities of Lahore City include Garden Town, Gulberg, Cantt, DHA Phases including Phase 9 and even Allama Iqbal International Airport is also accessible within just a few minutes of drive. The roads near the scheme have been newly laid which provides the homeowners to access the different areas with a smooth drive and not experiencing traffic congestion that can be seen in other parts of the city.

The main location of the scheme is one of the biggest factors that has triggered a lot of investors to look out for plots for sale in Pak Arab Housing Scheme Lahore. The Defense Road Lahore is just right next to the scheme, allowing the inhabitants to a distance of just 5 km for DHA Phase 3 and 4.

The homeowners can very easily get their daily chores done like going for a shopping spree to DHA or Liberty without having to drive for a very long time or getting congested roads. Even if you are an investor who has a limited budget and still want to invest in lucrative real estate then Pak Arab Housing Scheme is the best choice for you.

The society has been developed to make ease for its owners with less traffic, where one gets to enjoy suburban life without having to cut themselves from the rest of the city.

The project has been built in accordance with a fully designed and well-planned architecture. It has all the provision, which promises the standard living with the modern facilities for its homeowners. The scheme has a massive entry gate with having a boundary wall all around the gate for high security. The scheme is built with a commercial boulevard and wide streets. The water supply and drainage system have been maintained and it is planned to provide efficient water supply to its homeowners with a proper and solid waste management system. There should be no problems in the connectivity for the telephone, internet, and cable TV facilities, hence dedicated lines have been installed in Pak Arab Housing Scheme. The most important factor for any housing scheme is to have a tight and effective security infrastructure, which has been given the most importance in Pak Arab Housing Scheme.

The project has been developed while keeping the idea in mind that it provides the perfect family life to its inhabitants. You could find the lush green parks in the community that will provide the families to spend quality time with each other. Elegant shopping malls are part of the project with lavish restaurants so that the homeowners don’t have to go outside to enjoy their spare time. Kids playing area, grand mosque, huge community center, gymnasium to balance out a perfectly healthy lifestyle, healthcare, and a cinema. All the facilities are part of the project that will allow the residents to have a high lifestyle, enjoying all the amenities within the community, and providing a community life too. CCTV Surveillance, as well as Crisis Control Link Road, has also been built in the project. Moreover, underground electrification, massive plots for commercial and residential use just add to the life that the community promises to provide to its inhabitants.

The Pak Arab Housing Society consists of affordable residents as well as commercial plots. The plots are available on a 3 year time period installment plan. There are two phases of the housing scheme, where Phase 1 consists of Block A & E with a total area of 1530 Kanals, and the total number of plots is 2789. Phase 2 consists of Blocks F-1, F-2, Golf View Lane where the total area is 1639 Kanals and the further expansion is of 400 Kanals. The investors are able to start the construction right after the down payment. There are 3 Marla, 4 Marla, 5 Marla, and 10 Marla plots for sale in Pak Arab Housing Society Lahore available for the buyers.

If you are an investor and looking for an affordable housing scheme to invest your money, while getting high returns then Pak Arab Housing should be the choice. You can easily get a house for sale in the Pak Arab Housing scheme and invest your money to get much more on it in the future. You can always check the best real estate projects on ilaan.com, providing you the feasibility to get the best deals at the right prices.