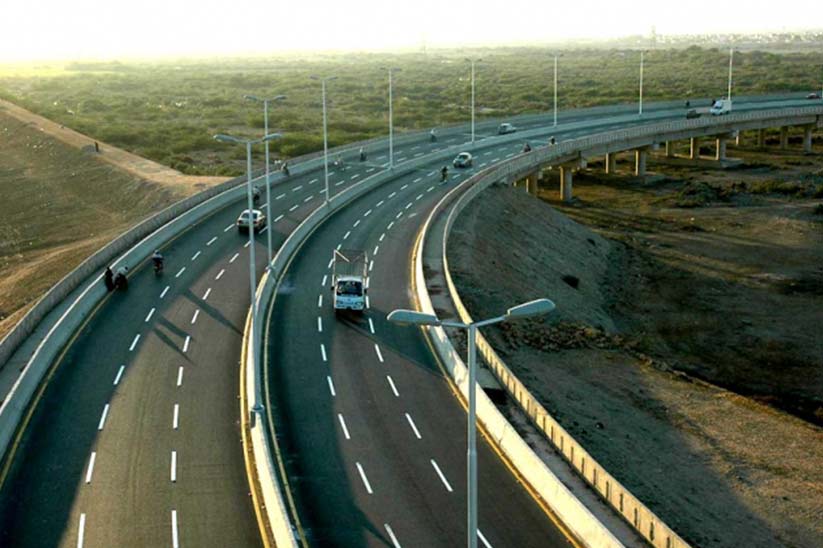 Everyone loves to travel around the country with ease and in a more convenient way. Highways and motorways help in connecting larger metropolises as well as the rural communities together, across the country. Through this, expansion of the cities has become a possible phenomenon allowing different businesses to expand and grow all over the country with easy access. With a proper system and network of motorways across the country, it becomes easy in the transportation of goods and services to different cities with proper handling. Therefore, for the success of any nation, a motorway can always play a crucial role in linking and networking of roads for better and convenient means of transportation.

In Pakistan, there are 6 operational motorways that are connecting cities to each other, whereas 4 are under construction and are expected to be operational soon and 2 other motorway construction is planned and the routes have been already drafted. These motorways are linking three Arabian Ports of Pakistan namely Karachi Port, Bin Qasim Port, and Gwadar Port, ensuring connectivity of the all the cities together for better and faster delivery of goods and services and helping the general public to reach their destination easily through their own transportation systems. These motorways are also helping in proper connection with Afghanistan, China, and Central Asia, adding more convenience in day to the day transportation system.

M3 Motorway, also known as Lahore-Multan Motorway is a duplicate or a parallel motorway, like that of M4 Motorway taking the eastern side route initiating from Lahore to Abdul Hakeem City in Multan. Though the north of the country was already connecting to the south of the country with M4 Motorway i.e. Pindi Bhattian–Faisalabad–Multan Motorway, but still the latest M3 Motorway i.e. Lahore-Multan Motorway has been given more preference. It is due to its direct link and connection with Lahore and Multan. This Motorway is a crucial section for the Karachi and Peshawar connectivity, helping in the acceleration of trade activities in both the cities with a reduction in the distance traveling and minimizing the overall transportation costs.

Inauguration of the Motorway

Before the inauguration of Lahore-Multan Motorway, Hafiz Abdul Karim, Federal Minister for Communication expressed his views in the news stating that with the construction of M3, the general public will get easy access to different cities of the country and it would be a gift from the Federal Government to the public.

Chaudhry Muhammad Sarwar; Governor Punjab and Murad Saeed; Federal Minister of Communications and Postal Services jointly inaugurated Lahore-Multan Motorway on 31st March 2019. The M3 Motorway joins the parallel motorway route at Abdul Hakeem, which is coming from the M2 route i.e. Islamabad (Pindi Bhattian) and Lahore Motorway along with Faisalabad in the ‘Y’ junction formulation. At the crucial spot, Abdul Hakeem City, the M3 and the M4 are joining together for becoming a proper route that travels to Multan city and onwards.

There are four lanes constructed to Lahore-Multan M3 Motorway, where each lane is 3.65 meters wide, having eight interchanges in total, three areas for providing services, eight bridges along with three crossing bridges too and 34 small distributaries or canals with 60 wide underpasses.

With enhanced technological assistance and latest tools, ITS (Intelligent Transport System) has been installed on the motorway, converting M3 into the latest model motorway. Through this advance system, regulation of the traffic and control of the vehicular traffic can be easily controlled. There is a 230 kilometer long Abdul Hakeem section that is constructed recently for Lahore and Multan Motorway connecting the M3 road network efficiently to Nankana Sahib, Sheikhupura, Toba Tek Singh, Faisalabad, and Khanewal.

At the end of the M2, M3 Motorway starts in Lahore. Towards the southwest side of Pakistan, the motorways initiating from Lahore and it ends where the end of M4 Motorway is located, near the Abdul Hakeem City.

With M3 Motorway, the distance from Lahore to Multan city:

From Lahore to Abdul Hakeem Section, it is 230 km

From Multan to Abdul Hakeem Section, it is 103 km

Therefore, the total distance from Lahore to Multan via Lahore and Multan Motorway, M3, it is now only 333 km.

Traveling through the National Highway N5, the distance previously was 385 km, which has been reduced to just 333 km through the construction of this motorway. It usually takes time to go through National Highway N5 as there is slow-moving traffic as compared to faster traffic flow at the motorways, where with a speed of 120 km/h reaching to destination become accessible.

Junctions and Interchanges in Between

Lahore Multan Motorway M3 has great significance when it comes to shortening the traveling time from 385 km to 333 km. It is accelerating the delivery and traveling time of goods from one city to another, helping in transportation time while adding convenience. Currently, the Federal Government is planning to construct 9 more motorways so that the ground route of the cities can be made shorter helping in the expansion of the businesses with ease.