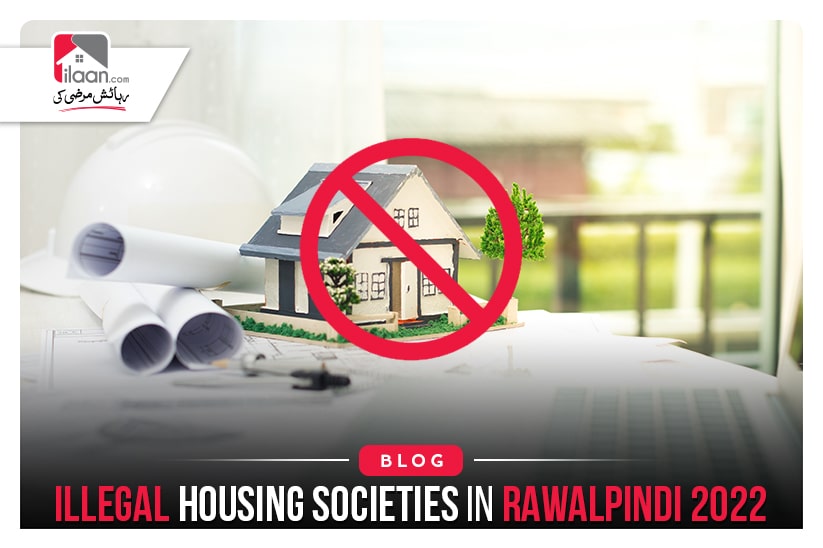 The issue of illegal housing societies is also prevalent within Rawalpindi which records over 300 illegal societies as well as fake schemes. This number was recorded through an official document released by the RDA on their official site. The easily accessible list reduces the chances of an unprecedented loss in the future by ensuring the society you invest in is legal and authorized.

This issue was addressed by the DG RDA, Tahir Zafar has also shed light on this issue saying that several illegal and unauthorized housing schemes, without a NOC, were still operational in the city. He then advised all the citizens to remain wary of any such illegal housing societies and avoid investing in them to avoid any unprecedented losses in the future. Also, before investing, the citizens should check the status of any society through RDA’s site or through the Metropolitan Planning and Traffic Engineering Directorate.

Furthermore, the DG stressed that the citizens should be made aware of the building and zoning regulations 2020, as well as the status of all the illegal housing schemes. He then directed all his RDA employees to work hard and make all-out efforts to address the complaints of the residents. He ordered the Metropolitan Planning and Traffic Engineering (MP&TE) department to take strict actions against illegal and unauthorized constructions and commercial activities without any discrimination.

RDA has also requested Islamabad Electric Supply Company, Sui Northern Pipelines Ltd, and Pakistan Telecommunications Limited to not provide their services to any illegal housing schemes. Issuance of NOCs to all such illegal and fake housing societies has been banned as well to protect and preserve agricultural lands.

Several letters were sent by the RDA to the State Bank of Pakistan, NAB, the Federal Investigation Agency Cybercrime Islamabad, Overseas Pakistanis Foundation Islamabad, the SNGPL Islamabad, the District Collector Rawalpindi, the District Council Rawalpindi and the commissioner Islamabad. The letters sent requested the bank to freeze the accounts of the owners, and that their social media accounts be blocked as well.

An RDA spokesperson commented that with the increasing number of illegal housing societies, their owners have been promoting their illegal business through advertisements on TV channels as well as social media. The administration of the illegal housing projects was warned about the consequences resulting from the marketing of their unapproved housing schemes. NOCs are required for the promotion of the housing schemes since otherwise, strict action will be taken by the RDA against them.