How To Identify And Prevent Gas Leaks In Your House 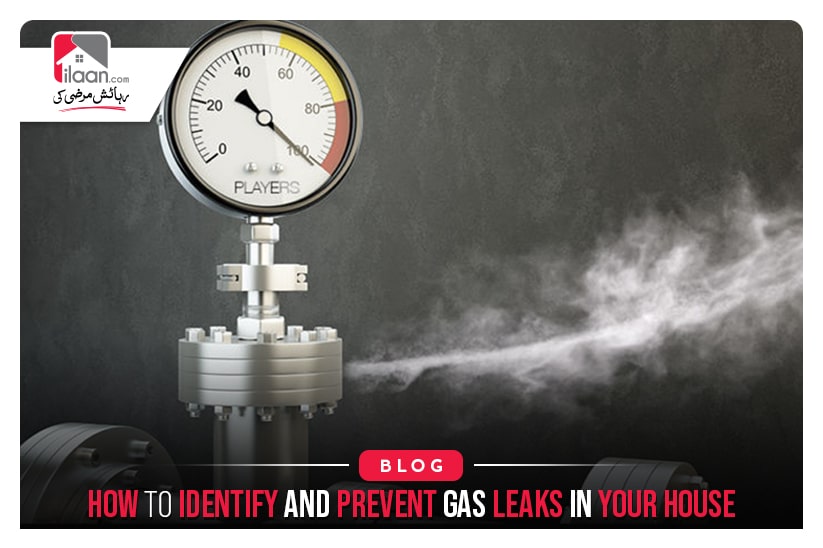 How To Identify And Prevent Gas Leaks In Your House

Gas leaks are a lot more common than you think. They mostly go unnoticed while only manifesting themselves as simple physical symptoms which we tend to ignore. However, they can build up to be serious problems if left unchecked for a longer period as they can cause carbon monoxide poisoning in people and animals.

Gas leak signs in the House

As mentioned above, smaller gas leaks usually go unnoticed as they might not have a pungent enough smell. However, a person can notice them by looking out for certain small signs, such as:

Added to that, higher-than-normal gas bills might also indicate a gas leak. Since the gas would be continuously leaking from the appliances and gas pipes inside and outside the house.

The physical symptoms are subtle and they only show up when there is a lack of oxygen in the air, however, they include symptoms such as:

If you have any pets in your house, they might also experience certain symptoms for which you would have to look out for. They might include:

Very high levels of gas in the house could result in unconsciousness in the pet and in extreme cases, it can even cause death.

What to do in the event of a gas leak

In case of a gas leak, it is vital to open all the doors and windows and evacuate everyone from the house making sure that no person or pet is still left inside. Secondly, it is important not to try and find/fix the gas leak yourself and to call the utility company’s emergency number. They will then send someone who can safely fix the gas leak without any incidents.

Any activity which might ignite the gas should be avoided. This means, that when calling the fire department/911 it is important not to make the call from within the house as that can ignite the gas. Flicking light switches, using your phone inside the house, or using candles or lighters and any such activities should be avoided at all costs. All cases of gas leaks must always be reported and should not be allowed to go unreported.

Symptoms of a gas leak in both people and animals require medical treatment. In cases of severe symptoms, someone should call an ambulance or go directly to the hospital’s emergency department.

Everyone, including children, should know about the distinct smell of natural gas, and they should be educated about the symptoms and prevention of gas leaks.
Teaching everyone where the gas knobs are and how to close them also helps as minor gas leaks can be controlled that way until a professional arrives to solve the problem.

Frequent/yearly inspections should be held by a certified inspector for any appliances and pipelines.
This can help identify any possible leaks early on before they become a major issue. Secondly, any area that has appliances that use natural gas should be well ventilated, not only to prevent a build-up of natural gas but also to prevent the area from heating up.