How Islam Enlightened the Importance of Women 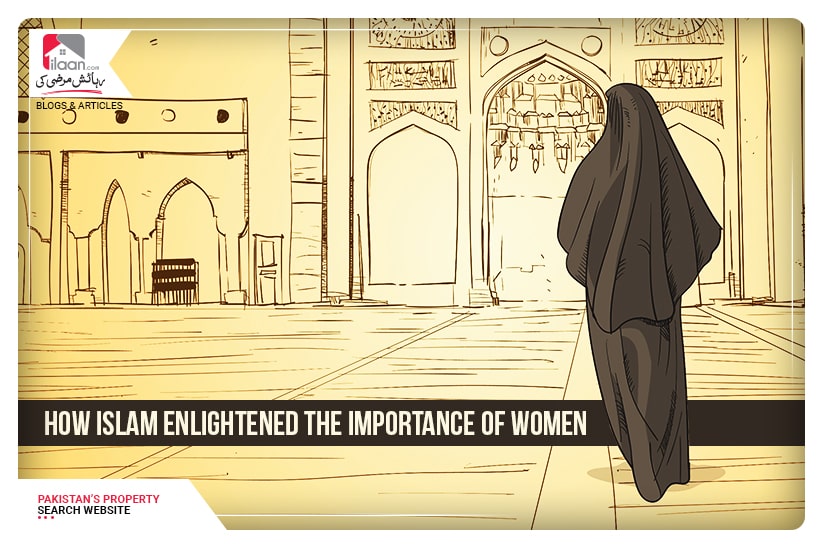 How Islam Enlightened the Importance of Women

In accordance with international development theory and experience, gender equity and the empowerment of women play important parts in the increase of human development in poor countries. There are many reasons why people all around the world appreciate women.

Women who stand for themselves are the women we need to surround ourselves with. Women raised by the queens are the women who are shaped to born and raise the decent generation. The role of women development in different sects of our society is never undeniable. There is so much that we owe to our women. Women can raise and shape our society in the best possible form.

If we look at the history of Islam and how Islam encourages women to be the best versions of themselves, we will see plenty of examples.

This Article that we are presenting you is specially designed to recall the Superwomen in the history of Islam and how they were being treated before the evolution of Islam in the world.

Before Islam, women and their status mixed widely according to the laws and, Traditions, cultural standards of the old tribes in which they were living. In the prosperous southern region of the Arabian Headland, for example, the religious proclamations of Christianity and Judaism held sway among the Sabians and Himyarites.

In other places, such as the city of Makkah, and in the traveling Bedouin tribes, tribal law determined few of the basic women’s rights. Therefore, there was no well explained and a single definition of the duties, responsibilities, roles played, and rights held by women before the evolution of Islam in the world.

The condition of women's status was very unbearable and unhuman before the establishment of Islam. There are hundreds and thousands of books available today that tell us about the actual status of women in ancient times. We need to study that all so that we can better understand the blessing and status that Islam has given to women.

The role and status value of women in Islam is an important issue that needs to be discussed at every age. Islam has given the best rights and higher status to the feminine sect and made it easier for them to recognize their rights. There are many surahs in the Quran Majeed where the role, status, importance, rights, and responsibilities of women are discussed and explained.

Society decided roles of single, married, or divorced females in the society are different but when we look from the perspective of Quran Pak, we will see that each woman has her own importance in the society. One should not be judged based on her marital status rather than her religious values.

Islam gave women rights that were never provided with equality before the evolution of Islam. Men are considered as the maintainers and protectors of women but at the same time, women are also given knowledge about their roles in daily life.

“Men are the maintainers and protectors of women” (Al-Nisa – 34)

What does Quran Say about the Rights of Women?

Treating a wife with love, care, affection is considered one of the noblest and sacred acts in Islam. It is a sunnah to treat your wife with love and respect. Wallah! Following a sunnah is so easy. All you have to do is to love the one Allah Pak has to send down in your way.

A child can never pay off a single night that the mother has to spend taking care of him/her. The respect, value, and status of a mother in Islam is exemplary and proves to be unbeatable by the rest of the religions existing in the world.

Quran is the living example of spreading equality. Men and women are given equal rights in Islam and that makes them both equally responsible for making a house a hell or heaven.

Quran comes with a complete guide on how to raise a baby girl and what rights does your daughter has on you. To make the best understanding of this fact, you can study Surah Al-Nisa.

In the end, here is a poem for celebrating the existence of every woman out there!

For old women, rejected wives, and all women

Whose children have forgotten the ones who gave them birth

For the childless wives, violated women and all women scorned

Whose brothers have forgotten the same mothers they mourned

For women mutilated by parents, battered by partners,

All women killed by laws of custom,

All women brutalized by rape and the sanctions of war

Whose states have abandoned them; displaced, seeking refuge

For girl children unmourned in death, oppressed in life

All girls unborn to life,

Whose people place no honour in girls

All females, all feminists, all sisters in spirit,