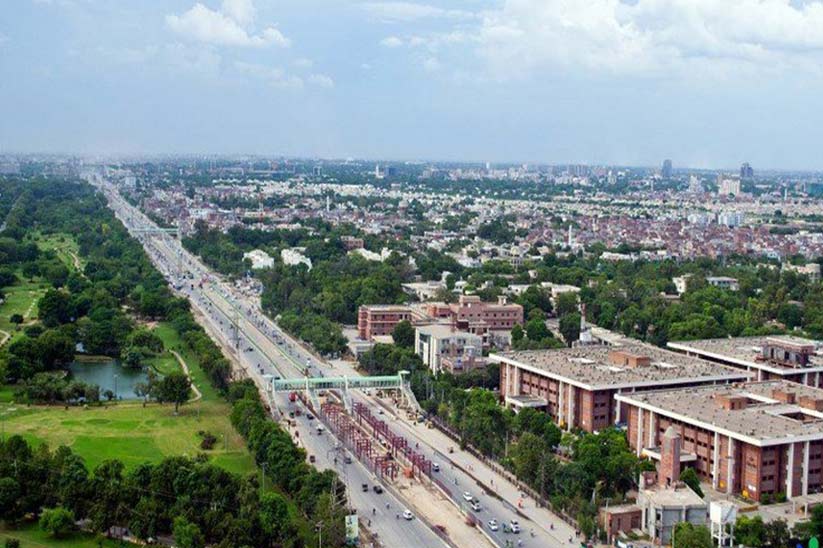 Lahore is the second largest city of Pakistan and in fact the provincial capital of Punjab. The city is said to be about 2000 years old. With passing time, Lahore has developed into a major real estate hub with a myriad of options given for residential as well as commercial sites. There are numerous opportunities for investors in Lahore, for example, the investment opportunities in Ferozepur Road, where there are a lot of prospects that can be found.

The real estate business in Lahore has been booming, the investors are easily able to cash cow one of the lubricant areas in Lahore, hence one can very feasibly find a plot for sale in Ferozepur Road or if want to go for residential they can find a house for sale in Ferozepur. Ferozepur has major importance in the city of Lahore, which is also known to be the central part of the city and has great potential for growth. There are a lot of investors who have been involved in the neighborhood investors and a lot of the real estate developers have already eyed the area for launching their various projects. The area has gained major popularity after the inauguration of the Lahore Ring Road’s Southern Loop II.

The best thing about the area is that there is a very low transaction volume, which is recorded in the city, and the land located on Ferozepur Road. The areas and the societies that are located beyond the Gajju Matah is much lower as compared to the optimum price. The rates of the property have not gone up in the past year, it is the reason why so many investors are rushing back to the Ferozepur Road market, whereas this area of the city is all set to become the next big thing in Lahore.

Investors are eyeing Ferozepur Road as the major area to invest their money with the latest projects of real estate as well as the most developed projects in the country are being built over here. If you want to buy houses then you can easily find a house for sale in Ferozepur Road, or if you don’t want to buy the houses then you can also easily get a house for rent in Ferozepur Road. However, in a lucrative area like this, and to find the best options that match your need, could be a bit confusing. Some of the housing schemes you can choose from are:

This is one of the largest housing schemes on Ferozepur Roads with a lot of blocks that provide luxurious residential homes to its inhabitants. The society has eight blocks, out of the blocks four of them have been developed while there has been development done in the other four of the blocks, which is still in the pending process. It is expected that the development in the further blocks will be done within the given timeframe, which has been re-announced. The reason why it has taken a big pause for the development of the further blocks, it is because that there is little demand for these blocks and there has been a 10% drop there in those blocks.

However, the property demand and the rates for the society have remained to be constant despite the slow development of the four blocks. The management of the society has revealed that the buyers and the investors are looking forward to constructing or buy the houses in the near future and want to buy the 10-Marla plots in Blocks A, F, and G.

You can make a list on the view of the broad listing prices and could choose accordingly to your needs.

Palm City is among the most developed housing societies in Ferozepur and you can easily find a house for sale in Ferozepur Road. The developed blocks are available in the society on the installment plans where the investors are being attracted looking at the development of the community. The society has been launched only a few months ago and in spite of the fact that the investment volume has been pouring in for the community and into the property sector in Ferozepur Road, the estates have been lower and around 80% of estates for Palm City has been sold.

There are different plot sizes available, which include the 5-Marla, 7-Marla, and 10-Marla. The investors are invited to get the plots that are available on down payments of 30% of the total price of the plot. The society has now opened its gate to welcome the residents in the community and in fact, there are 50 houses, which are under construction already.

The best advantage of it is to enjoy the prime location while the investors will have a clear idea of the current market price or even buy a plot. You can check the different prices for the various plots for sale in Palm City Lahore and choose from the best one.

It is very soon expected that a new booking office will be opened as Bahria Town has developed around 30% of society. The society has been offering great prices on prime plots, which gives a better perspective for investors and as well as buyers. Bahria Nasheman’s Sunflower and Zinnia Blocks have recently launched plots that have already been sold out while there are just very few plots left. You would have to hurry and rush if you want to invest in something great to invest in and find a lucrative deal. The process for approval is still under approval by the Lahore Development Authority (LDA) for these plots.

The society has formed its shape and is home to around 30 families. The majority of the developments have been planned, whereas the Bahria Nasheman can very easily benefit from the accessible location in the area, and in fact, there are a lot of people who call the society to be its home.

For more details, you can have an overview of our guide to plots for sale in Bahria Nasheman and know why it is the desired option for investment.

Grand Avenues Housing Scheme has been launched in 2011 and the rates have gone by three times, ever since then. The boundary of the society is shared with the Defence Housing Authority (DHA) with its upcoming Phase X, which is the property files being traded in the Lahore market. All the formalities have been completed with the acquiring of NOC from the LDA, hence now the time is taken to issue the approval very soon.

The demand has been extremely higher for the developed and on-ground plots, which are Blocks A, and B. the society has been majorly attracting the people to look and even construct their houses right away. There are around 30 applications being submitted for the map approval of the houses with the developer. However, society is all set to accumulate around 50 families in society.

You can get the different prices of the various plots for sale in Grand Avenues Housing Scheme Lahore and choose from the ones which will match your investment needs as well as give you higher returns.

It a residential project by the Vital Developers, located on Ferozepur Road. The investors are attracted towards the society where one is able to find the 3 Marla, 5 Marla, and 10 Marla residential plots. You are given the option to book the plots in Vital City by paying cash or on an installment plan for the period of 3 years.

It is a residential project, which is developed by the ENEM developers. The society is built on Ferozepur Road, which is close to the Sue-E-Asal, Bahria Nasheman, and Central Park. It has different sizes of the residential plots from the 5 Marla commercial plots along with the 5 Marla, 10 Marla, 20 Marla,  and 40 Marla residential plots for sale. There are 1-2 bedroom flats available in the 5 Marla and 8 Marla plots. The booking of the plots has the option to be done through cash payment or even installment payments on the time period of the 3 years duration.

The model housing scheme is a residential venture that is situated on Ferozepur Road, having close proximity to the Central Park Housing Scheme. There are different residential plots of different sizes from the 3 Marla, 5 Marla, 8 Marla, 10 Marla, and 20 Marla. However, there are certainly no commercial plots available for sale in the scheme.

There is great growth potential in Ferozepur Road for residential, as well as commercial units. Furthermore, you can even strengthen your real estate investment portfolio by finding a house for sale in Ferozepur Road in Lahore or even investing in commercial plots to get lucrative returns. You can get the estimate on the best prices on ilaan.com, dealing with a large portfolio of the best real estate projects all over the country.  For further details on real estate and property management, contact us or leave a message.