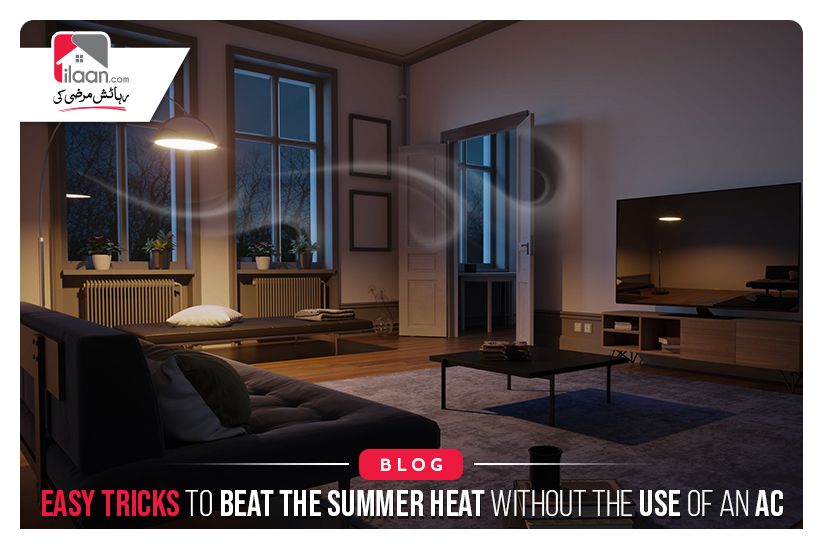 The summer heat can be significantly demotivating as it makes working undesirable. Usually, our way to resolve the issue of the unbearable heat becomes turning on the AC, but having the AC turned on night and day isn’t a viable option.

So, to keep the heat in check, here are some simple but not effortless steps you can follow to reduce the temperature of your house.

Painting your rooftop white, using acrylic-based paint can significantly reduce the amount of heat absorbed by the house. This happens because white paint can help reflect heat, therefore, keeping the house significantly cooler.
It is also a semi long-term investment considering acrylic paint is waterproof, therefore it would only have to be repainted every few years.

Grow a rooftop garden and keep potted plants on it

Having potted plants on the rooftop is a similar measure as painting the rooftop white. Most of the heat and sunlight is blocked and absorbed by the plants. However, an even better option is to have a small rooftop garden, so that you can grow grass on it. The green grass will reflect the sunlight while the mud will absorb the heat, this would result in the house absorbing a significantly less amount of heat.

Most people have no idea that their ceiling fans have two modes of rotation. The first one is clockwise, while the second is counterclockwise. Normally a fan is set on the clockwise rotation which pushes the air down, which results in hot air (which rises upwards) being pushed back down -during summers. However, some older fans do not have this function, therefore you can try installing the wings of the fan upside down to have a similar effect.

Close your windows during the day

Around 25% of the summer heat islet in the house through the open windows, so keeping them closed can prevent the temperature of the house from skyrocketing. Added to that, the colder air would not escape out through the windows either.

Use darker curtains during summers

Keeping the windows closed is not enough, however. Closing the curtains during the day can help out but installing dark or black curtains during the summer works out the best. Darker colors can absorb more heat and allow a lesser amount of sunlight to pass through them.

Use LED bulbs instead of incandescent/fluorescence ones