DHA Quetta - An Attraction For Overseas Investors Too 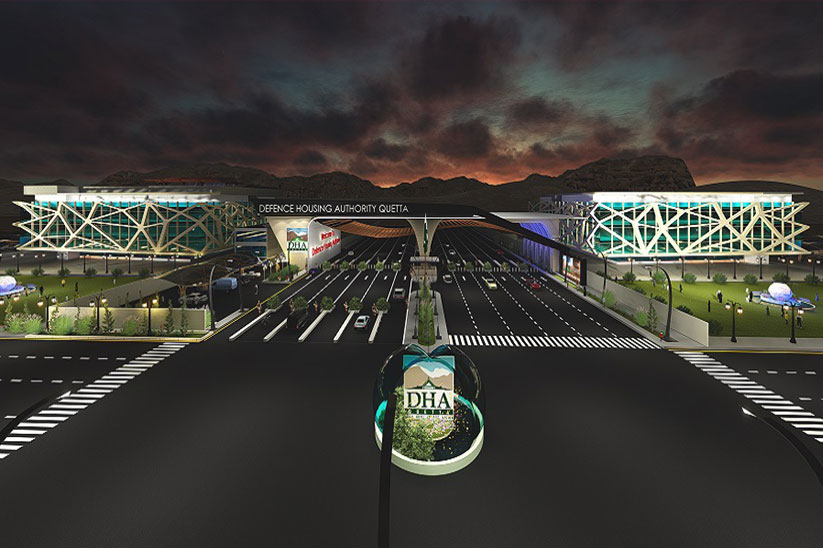 DHA Quetta - An Attraction For Overseas Investors Too

There have been various news relating to DHA Quetta and has been making rounds for a while now. There have been regular updates posted with regards to the development of the initial work for DHA Quetta. Very recently, the developers announced regarding the sale and purchase of the land, where the authorities have asked all the interested customers to get their files or documents from the DHA Quetta facilitation office, so they don’t get fooled by any unregistered/unauthorized/fake real estate agents. It previously announced the applications for the agent registration who would be only ones to deal with the authentic files of DHA Quetta. It is expected very soon that the files of plots would be available for DHA Quetta, and the interested individuals would be able to look for plots for sale in DHA Quetta.


We have compiled an in-depth analysis to give you the perfect idea why DHA Quetta isn’t just a great investment attraction for local investors, but for overseas investors too. This is the biggest real estate development in Baluchistan and here is why you should be putting your money in it.

For most of the people who have not visited Baluchistan or even Quetta, doesn’t have a good idea that there is a huge buying power present in the overall province when it comes to real estate. You can get the perfect idea from the value of the land over there. There hasn’t been a well-reputed or a high profile brand present in the province in real estate which has been the reason many investors in Quetta had to invest their money in projects in Karachi. However, now with a high profile real estate project starting in the province, the locals would have the perfect chance to invest their money on their own terms and get higher returns on it.

Not just from Quetta, but from other cities as well as overseas Pakistanis have become very interested in their project scheme. Real estate agencies from all over the country have submitted their applications to be on board with DHA Quetta. They would be authorized personnel for properties in DHA Quetta.

The demand has increased ever since the initial announcement of the project, from bigger metropolitan cities who want to search for properties for sale in DHA Quetta, however, it will take few months to get all the details. It is no surprise that this DHA Quetta has created so much stir since it is the biggest project to date in the entire province.

There is a vigorous speed seen for the land acquisition process, and the authorities are moving with a quick pace. There haven’t been any road blockages in the process, however, there is no confirmation or the amount of the acquisition and how much more is present in the pipeline. DHA Quetta is the first project for the developer in Quetta so it will take a bit time to settle all the things before there is an announcement for balloting or for more phases to come.

People who are familiar with DHA know that the word is only official when it comes directly from the developers, however, this is a fact that the land has been acquired in the vicinity of the airport. In fact, some time back DHA announced about the mouzas where it has acquired the land. The lands include Samali, Kateer, Karak, Gadazai Malazai, Tarkha Gordat Singh, Mehtarzai, Chashma Baleli, Chashma Achozai, Sra Ghurghai, Sra Khula, Tor Ragha, and Hanna. This also includes some of the uninhabited areas of the valley that includes from Shaban Road till the Shamozai Dam.

It is expected that the affidavit files will be available very soon, and the experts have predicted it to be very soon. The dealer applications for the registration would help the developers in the resale of the files. The investment expectations are huge and it is because of the absence of any large-scale and high profile real estate project in Baluchistan. Almost all of the large-scale real estate investors have to head to Karachi to get their money invested. Since it is the first project in the region, the overseas Pakistanis also want to invest their money in it due to the high demand.

It is the first DHA project in Baluchistan, the province has been getting good development over the past few years and also has managed to maintain the peace due to which the investors want to put their money in real estate in Baluchistan. Overseas investment has also speculated to be very high for DHA Quetta.

An Estimate of the Prices

Usually, the rates of the affidavit files are around 40% of the launching rates of the plots, and while the launch rate is about 30% of the optimum value of the plot after the project is complete and delivered. For DHA Quetta, the same rule could or could not apply as the land in the region is considered to be very precious by the owners who don’t want to sell it before getting the right offer.

You can get a close idea of how much the value of the DHA Quetta plots would be by inquiring from the Quetta Cantonment and know the ballpark amount for it.

The town planning for DHA Quetta is still to begin, but because of some known or even unknown reasons, it is all set to be the prime of all the DHA projects in the country. When it comes to China Pakistan Economic Corridor, the prospects get even brighter as Quetta is right in the center of the trade to the western parts of the country and it is also closest to many cities in Pakistan.

You can get all the updates on ilaan.com for plots in DHA Quetta and we will keep you up to date with all the recent happenings of this project.