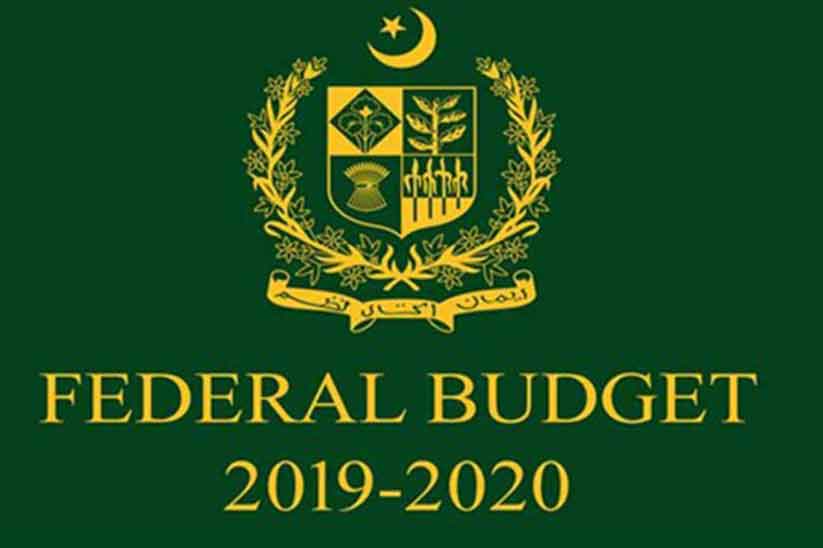 On Tuesday, even after severe protest and objections, the PTI-led government presented their first annual budget for the fiscal year 2019-20 in front of the Parliament. As per the budget, a meager of 2.4% economic growth rate has been set, along with it, there is a forecast of double-digit inflation in the country.

The reality is that the government is desperate to attain money that will, of course, come through imposing taxes. The government has to fight the twin deficits and shortfalls such as trade and budgetary losses that are actually directing the country towards economic default. In easy words, the people of Pakistan are going to face another difficult year as the Minister of State for Revenue, Hammad Azhar proposed many taxes and policy measures that are new and is not only going to create a pressure of inflation but will also slow down the economic growth as well as keep the job market again in pressure.

Before getting into the critical evaluation of the storm of inflation, let us check where the public is going to get relief. The non-filers finally got relief as now they can once again purchase properties worth more than PKR 5 million that was restricted in the Budget 2018-19. The government has also reduced WHT (withholding tax) on the purchase of the property that was 2% before and now it is 1%. However, if talking about previous budgets, the WHT was applied only when the property was over PKR 4 million.

In Budget 2019-20, the minimum wages have also been increased to PKR 17,500. Talking about mobile phones, the government has abolished the 3% value-added tax on it. In the healthcare area, in medicines, 3% duty has also been exempted on the import of raw material of nearly 19 items. Moreover, to promote the hiring of fresh graduates, the government has also decided to provide tax incentives to all those employers who will hire them. It is implied on those graduates who graduated after June 1, 2019.

Inflation – Where the Problem Begins

In the Budget 2019-20, there has been a great increase in the direct as well as the indirect taxes. Not just the disposable income has shrunk, but also, the purchases will now cost more than you expected.

From your cup of tea to your favorite dessert, everything that requires sugar is going to get expensive as there is an increase of PKR 3.5 per kilogram. In the same way, your favorite processed foods such as fish, chicken, meat (beef and mutton), the cooked ones and the semi-cooked ones are going to have hiked prices as 17% sales tax has been imposed on them. Maybe the government has assumed that these commodities are basically consumed by well off people, but in contrast, even the people living below the poverty line drink tea and eat meat or chicken (sometimes).

For those people who love to complement their meals with cold drinks now have to think before consuming one. Duty has been imposed on the carbonated drinks which have increased to 11.25% to 13%. Well, as per the Minister, the duty has been imposed to discourage the consumption of sugar-based drinks. The government has also imposed 5% duty on non-aerated drinks such as squash juices and syrups.

If you don’t have a sweet tooth then you might be feeling happy thinking it won’t affect you. But you are wrong. Foods like fried items are also going to get expensive now. Even though the Rs. 1 per kilogram tax on ghee and cooking oil has been abolished but on the other hand, the government has increased the FED (Federal Excise Duty) on the ghee and cooking oil to 17%.

Chain smokers are now also going to face more trouble as smoking has become a more expensive sort of a thing. The government has raised duty on the tobacco, it was PKR 4,500 per 1,000 sticks and now raised to PKR 5,200 per 1,000 sticks for the top slab cigarettes. There were other two slabs too that have been merged into a single slab to PKR 1,650 per 1,000 sticks.

Automobiles are also going to be more expensive. Federal Excise Duty (FED) on the automobiles (motorcycles and cars) of 100 cc and above are going to increase. A FED of 2.5%, 5% and 7.5% will be imposed on vehicles having engine capacities in the range of 100 cc, 1000 cc, 1001 cc, 2000 cc, 2001 cc and above. Even driving your car on gas would not be easy now. The government has hiked the prices to PKR 74.4 per kg in region one, which was PKR 64.8 per kg before. For region 2, the rate has been hiked to PKR 69 per kg, which was PKR 57 before. As per the federal minister, the rates on CNG has been increased because taxes were not increased proportionately especially when the sector was deregulated.

As per the Budget 2019-20, the government has increased FED on the cement from PKR 1.5 per kg to PKR 2 per kg. But even before the budget was announced, the cement companies in Karachi hiked the prices to PKR 70 on every 50 kg cement bag. The budget has just explained why the companies did that.

All these taxes are going to create a huge pool of inflation and definitely, the government is aware of the fact too. The inflation rate is expected to grow from 9% and hit 13%. This is huge and indicates the giant of grandiosity to hit the nation too bad.

Since when PTI-led government came into power, they have been facing a frightening and daunting task of a twin deficit. Therefore, Pakistan has recently entered into a loan program with the IMF (International Monetary Fund) and for this, the government is expected to fix the economy. The problem is that the expenses of the country are far more than the income being generated, which is causing a deficit of PKR 2,000 billion i.e. PKR 2 trillion. On the international ground, the country is spending $2 for every dollar being earned due to the fact that the exports have not increased in the country from past 10 years, where imports are rising every single day. This enormous trade imbalance has actually eaten up the dollar reserves, leaving the country with a nearly negligible amount of dollar for imports and repaying foreign loans. And if Pakistan didn’t get a dollar, then the country is progressing towards a default.

The IMF loan has come with such conditions that require some painful reforms such as the reduction in fiscal as well as trade losses, fixation or selling off a loss going government companies, exchange rate free for the central bank’s intervention even when the dollar goes up. The thing is that when an economy flourishes, not just businesses expand and new jobs are created but also the purchasing power of the public increases. But here, after the budget, it is evident that we are going on the reverse and we are shrinking economically. Hence no new job opportunities, tougher businesses and tighter spots.

With higher inflation rates and the worst job market, the economic condition of Pakistan will not just slow down but may collapse too. This will reduce the demand for imports and the dollar will stop draining and the trade gap will reduce. Higher taxes with lower spending is going to help the government in reducing the budget deficit and save sufficient money to spend on mega development projects such as roads, infrastructure, schools, dams, hospitals, power plants, etc.

How long the pain lasts? Well, as per the experts the next two years are going to be difficult for the people of Pakistan and if the government is able to fix the largest economic problem Pakistan ever faced the economy is expected to bounce back to normal in the third year. And if the government fails, then there would be need of another bailout from the IMF at the end of this government’s tenure.

The Budget 2019-20 has indicated a lot of hurdle for the people of the country and the inflation is continuously getting higher and higher. Managing and living in this scenario can be the biggest challenge for the Pakistanis. Let us be hopeful that we overcome the deficit soon so that the burden over the poor people can be released. Stay tuned with ilaan.com for latest updates on Budget 2019-20.