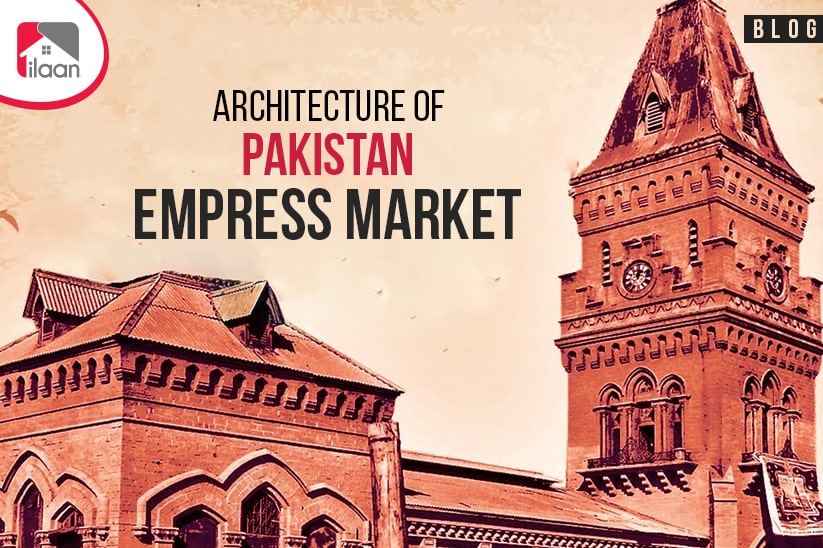 Constructed during a time when British Raj within the Indian Subcontinent was still high, Empress Market was constructed beneath the façade to commemorate the Empress of India, Queen Victoria. The monumental architecture stands tall within Karachi today with its former glory hidden underneath a dusty tundra, with its historical significance shrouded by a layer of dust that settles thicker still. However, the chapter the monument seems to artistically coverup is rather bloody, and blood is viscous, unlike dust.

History of the Empress Market

With the arrival of the British Raj within the Indian Subcontinent, a radical change was experienced within the culturally infused architecture. The citizens, unfamiliar with the concept of a designated building housing a wide variety of shops had been familiar with the periodic bazaars within an open square located outside the town. The other option available was narrow alleys lined with shop fronts, topped by residencies. The British however, sparked a change within this norm by the construction of gothic structures such as the Crawford Market located in Mumbai.

The foundation stone of the building was laid down by the then governor of Bombay, James Fergusson in 1886. The construction of this building, however, would never have been started if it were not because of the 1857 Sepoy Mutiny, the widespread rebellion against British rule in India. The area, which once used to be an empty barren land served as a cantonment area.

With the spirit of independence still flowing strong within the hearts of the citizens, 38 sepoys escaped the cantonment area. However, their plans were quickly thwarted as 8 of them were killed during the escape. The rest were soon captured and presented to a jury, where they were sentenced to death. With the intention of sending out a message to the voices of dissent within the Subcontinent, the sepoys were executed by firing cannonballs at them.

With the news breaking, people started visiting the area of their execution often, bringing flowers and lighting candles to honor their fallen brothers. When the colonial masters learned about this development, the construction of Empress Market was directed to thwart any attempts to rekindle the fire of independence. With that, the idea of building a monument to honor the executed sepoys was snatched from the hands of the citizens.

Architecture of the Empress Market

The monumental building was constructed around a courtyard, measuring 130 ft by 100 ft, with four galleries each 46 ft wide. The structure of the building sticks to an Indo-Gothic style which is a combination of Indian and Roman architecture. This is represented through the building’s vaulted roofs, cusped arches, and a 140-feet high clock tower, studded with leopard heads. The four galleries or wings consist of doorways that offer entrance from all directions. The south side is considered to be the main entrance since it is located near the looming Gothic spire, consisting of a once chiming clocktower, with clocks facing four directions, that no longer work today. The clocks have been intricately designed to represent a jewel, associating the clocks with the jewels studded atop Queen Victoria’s crown.

The architect, James Strachan utilized the unique approach of matching beauty with function to adorn the market with his ornamentations. Right below the clock, a shield and motif have been designed which stretches all across the tower. Below that, recessed merlons have been constructed, producing an effect of denticulation.

Lastly, the exterior of the south wing consists of ornamental columns which have been adorned with acanthus leaves, which represent rebirth. This can be viewed as the initiation of a new era of architecture after the Mughal era, utilizing an Indo-Gothic approach. Above the leaves, a row of sturdy mock brackets have to give the false effect of supporting the parapet. They provide no structural significance to the parapet since they’ve been installed with the purpose of embellishing a rather simple façade.

After the completion of its construction, the Empress Market was one of the seven markets located in Karachi. The market accommodated around 280 shops and stalls, whereas today it houses triple the original amount. The market, today is one of the most popular and busiest markets for shopping located in the former capital, Karachi. Various commodities are sold within the market, ranging from condiments, fruits, vegetables, and meat to stationery, textiles as well as pets.

In 2018 more than 1,000 shops were removed from the market since they had been illegally constructed upon encroached land. A clean was followed soon after, restoring some of the original splendor of the building.

What You Can Do About Lot Size in Real Estate...

In Pakistan: How to Hire a Property Manager