All You Need to Know About Prime Minister’s Relief Package 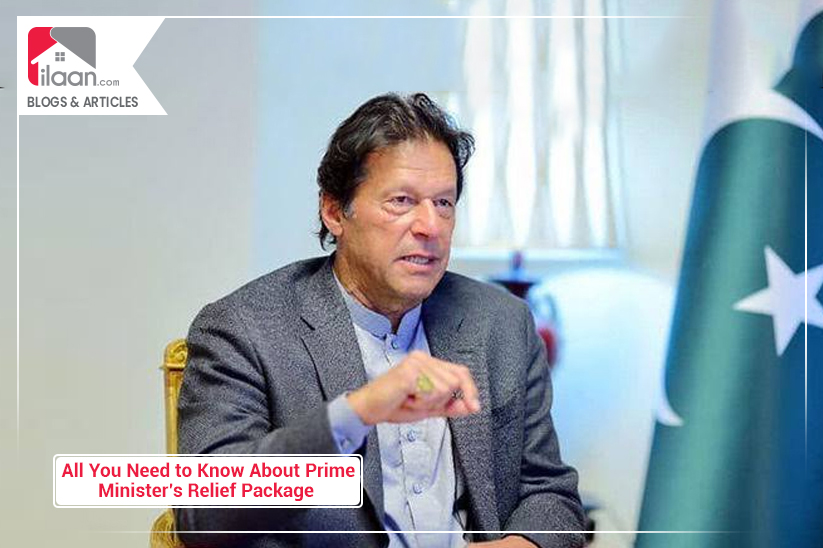 All You Need to Know About Prime Minister’s Relief Package

The coronavirus pandemic is spreading its wings in Pakistan as the number of affected patients continues to rise in the country. While the political parties in opposition believe it is because of the negligence of the government, the positive measures taken by the government should also be appreciated considering the economic condition of the country. The Prime Minister of Pakistan Imran Khan has recently announced a relief package worth PKR 1.2 trillion for the country to ward off the negative impact of coronavirus on the country.

The package includes a reduction in prices of diesel, petrol, and kerosene by Rs. 15 per liter, providing PKR 3,000 monthly stipend for daily wagers and improving liquidity crunch for industrialists and exporters. The relief package, as expected, is still being criticized by the media and other political personalities. However, what we should be doing at this time is to appreciate whatever the government is trying to do.

The PM announced the relief package while talking to a group of selected TV anchors here. He announced tax breaks on import of pulses, waived off duty on import of palm oil and reduced petroleum levy on petrol, oils, and lubricants (POL) products in order to provide relief to consumers.

The meeting was also attended by federal ministers including the Federal Minister for Economic Affairs Hammad Azhar who said, “We have provided relief package to the tune of Rs1.2 trillion as it did not incorporate tax relief provided through abolishing/reducing taxes on pulses and palm oil” when asked about the exact financial impact of the relief package. According to the details, the reduction in fuel prices would cost the government around PKR 75 billion in the next three months. He also claimed that the electricity bill through three-installment payment and gas bill in installments would have the cost of Rs70 billion and Rs30 billion for power and gas companies as their cash receipts would face disruptions.

The special relief package also includes tax refunds to exporters and industrialists to help them pay salaries to their laborers. For this purpose, the FBR has been instructed to release Rs100 billion refunds on an immediate basis. According to the economic minister, this move will help improve the liquidity crunch being faced by the exporters.

As a result of this move, the principle and mark-up of loans would be deferred with the help of PKR 100 billion. Small and medium-sized enterprises (SME) will also benefit from this move as they will be provided the concessional loans and their mark-up payment would also be deferred.

The most significant feature of this relief package is the monthly help to the daily wagers. The government has allocated PKR 150 billion for providing PKR 3,000 monthly help to daily wagers. And the Centre would also involve provinces to expand coverage of the program to maximum beneficiaries. According to the economic minister, the government has increased the additional allocation of Rs50 billion for Utility Stores Corporation (USC) so that the provision of essential food items at affordable prices could be ensured. The premier also announced the allocation of Rs280 billion for procurement of 8 million tons of wheat as it will help for providing cash to farmers.

In this special package, the Prime Minister has also allocated PKR 25 billion for the National Disaster Management Authority (NDMA). These funds will make sure that the authorities are well-prepared to cope with any disastrous situation in case it arises.

The Prime Minister, in the realization of the problems faced by people belonging to the construction and real estate sector, also announced that he would unveil special relief package for the construction sector in the next few days as it would help to kick-start different industries and would provide jobs in this difficult time.

Advisor to PM on Finance and Revenues Dr. Abdul Hafeez Shaikh, while replying to different questions, said that the monetary policy was the domain of the State Bank of Pakistan and the Monetary Policy Committee was holding its meeting right now and their decision would be made public.

This was an overview of the special package announced by the Prime Minister Imran Khan. What do you think of it? Do share your concerns with us.