All you need to know about Gwadar's new master plan 2021 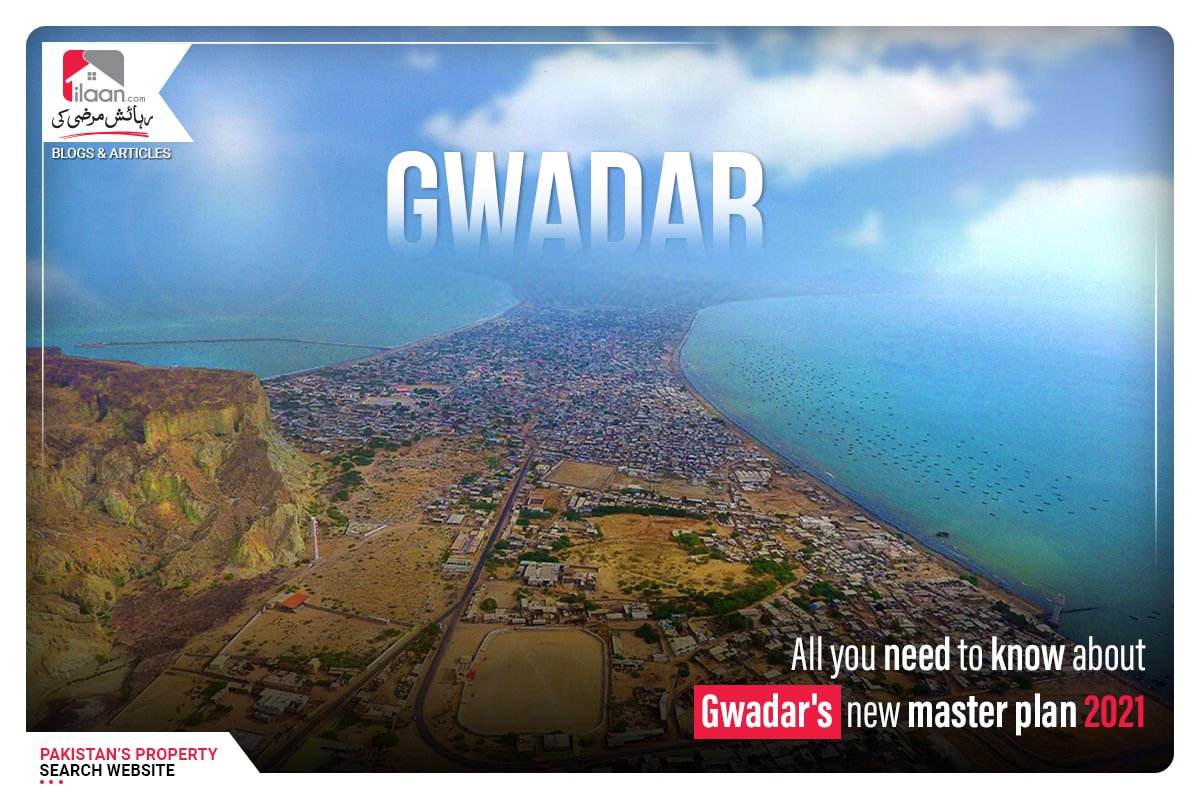 All you need to know about Gwadar's new master plan 2021

Gwadar’s population is about to exceed 2 million people in the next few years with highly paid expatriate professionals moving to the city in huge numbers and they would account for up to 80 percent of the population, as revealed in the new Gwadar Smart City Master Plan.

The major attractions in the city include high-paid jobs, high-tech industries, mega shopping malls, a tax-free environment, manmade islands, luxury resorts, and Pakistan’s largest international airport which was inaugurated by Prime Minister Imran Khan. All of these will make Gwadar the 3rd largest city in Pakistan by economic output.

Gwadar Master Plan 2021 is making headlines all around, and even the members of the Association of Builders and Developers (ABAD) have raised their concerns over this plan. So, what is in the master plan? In this blog, we shall give you an update on this controversial yet happening master plan.

This master plan chalks out an elaborate road map and plans on how Gwadar is esteemed to become the trade and economic hub of South Asia with an impressive GDP per capita of $15,000. It is 10 times that of Pakistan’s average that can give you an idea of how richly developed the city is going to be.

As per the estimate of the Government of Pakistan and China, Gwadar’s economy is expected to surpass $30 billion per annum in the long term, creating over 1.2 million high-paid jobs with an income per capita of $15,000. Currently, Pakistan’s per capita stands at $1,500, which Gwadar single-handedly will surpass by some 1000 percent.

The master plan lays out a list of megaprojects that will be completed in the long-term including a $5 billion investment into Gwadar’s power sector with 15 new power plants, $1 billion invested into generating 700,000 m3 of freshwater per day through desalination plants, central business district, Pakistan’s tallest building all in a tax-free environment where life can be enjoyed without paying taxes.

Previously, it was also announced that a man-made island named Chand Taara Island is going to be constructed in Gwadar at a cost of $10 Billion. However, it was announced later on that the project is not a part of the master plan anymore and the GDA Director-General asked the developers to confirm the news first before circulating it.

In a recent development, the members of the Association of Builders and Developers have raised their concerns over the Gwadar Development Authority’s new town planning regulations included in the Master Plan 2021. Some of these regulations have superseded the Town Planning Regulations, 2004 that were initially in place.

A controversial clause of this Master Plan is that the GDA Land Management Director will register the mortgage deed within the Authority, besides looking after amenities and reserved land of the Authority. The developers are of the view that the amenities should be looked after by the developers, sponsors, and builders.

In response to these concerns, the GDA Director General admitted the lack of coordination in policymaking among departments was witnessed in the past. However, he assured that the developers would be taken into confidence before the policies are implemented and introduced. He also said that the authority will also bring all the stakeholders into confidence.

Coming back to the master plan, Pakistan's current trade and economic hub of Karachi sea some 65 million tons of cargo through the port each year and with Gwadar eclipsing that by 2030 as the key route for trade with the Middle-East, Afghanistan, Central Asia, and China, the city is expected to become the region's leading trade center. This will show growth in the entire region let alone Pakistan and Gwadar at large.

In the Master Plan 2021, the plans for a luxury golf course have also been revealed. This master plan will incorporate 2 million people with a GDP per capita some 10 times that of Pakistan at $15,000 per capita.

This was a detailed overview of the Gwadar Master Plan 2021 that has been prepared by the Government of Pakistan in accordance with the Chinese state-owned construction and planning company China Communications Construction Company.