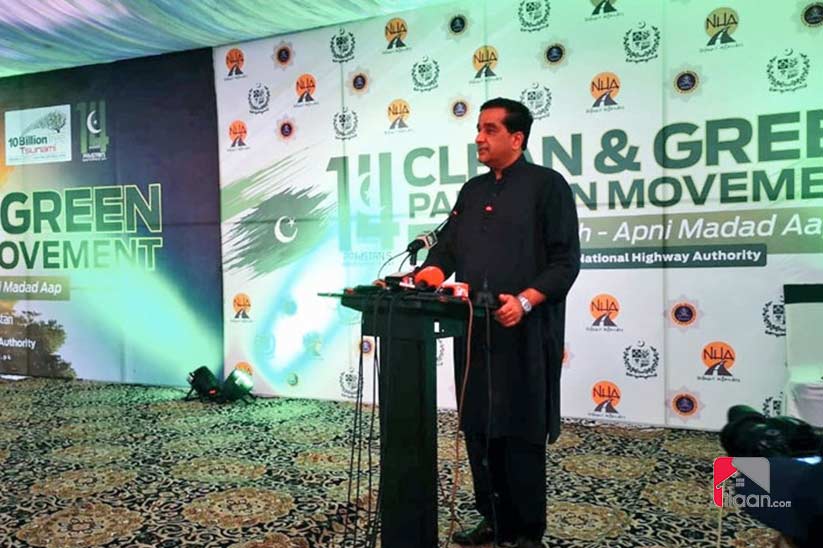 Rawalpindi: The twin cities, Islamabad and Rawalpindi have “Plant for Pakistan Day” afforestation campaign where thousands of trees have been planted across both the cities.

Dr. Zafar Mirza; the Special Assistant to Prime Minister on Health has planted a sapling at PIMS (Pakistan Institute of Medical Sciences) in Islamabad. During the ceremony, Dr. Zafar urged the public to play their crucial and productive roles in making the plantation project a huge success and take their parts in planting maximum saplings. By planting trees, the country will cope up with the climatic changes along with a greener and healthier environment can be ensured.

ICT (Islamabad Capital Territory) administration also planted nearly 1,000 saplings along with the Kashmir Highway. This drive was inaugurated by Ijaz Ahmed Shah; the Interior Minister, by planting a sapling himself along the highway in Sector G-13.

During the event, the minister told the news sources that steps must be taken to ensure the success of Clean, Green Islamabad initiative. The project aims to plant nearly a million plants on a self-help basis through the involvement of the different sections of the society. He further added that they are intended to plant another million trees in the ongoing monsoon season.

He further explained that as per recent studies, the survival rate of the planted trees in neatly 70%. The trees are currently being planted at seven different locations across the city and as per the estimation, 10,000 saplings have been planted as part of Clean, Green Islamabad initiative.

In the Federal Capital, nearly 100 trees are planted in collaboration with Siraat-e-Naat Association at the Lok Virsa complex in the Shakarparian.

More than 500,000 saplings were planted in Rawalpindi at Mandra Toll Plaza. This drive was organized in partnership with PHA (Rawalpindi Parks and Horticulture Authority), NHA (National Highways Authority) and the Rawalpindi district administration.