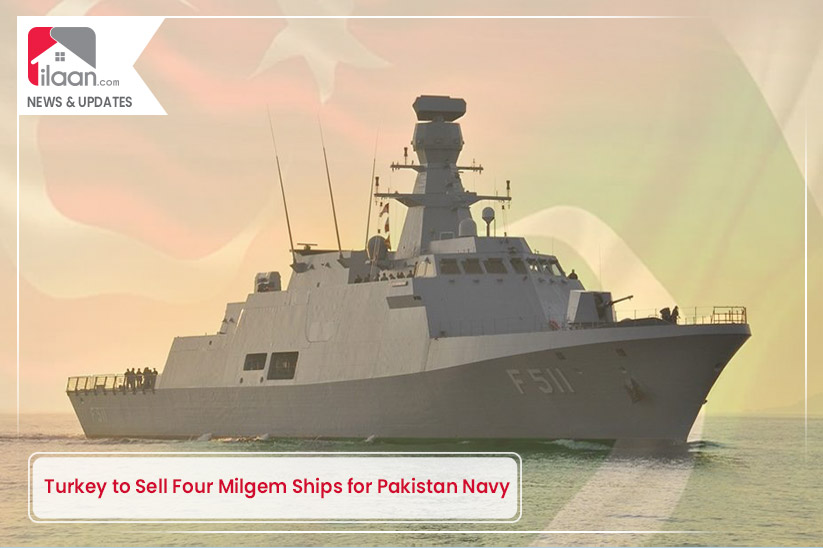 Turkey’s President Recep Tayyip Erdogan on Sunday attended a ceremony commissioning a new Turkish naval ship, MILGEM, to be built and sold to Pakistan Navy. Speaking to the ceremony, President Erdogan said he hopes the Kinaliad will benefit the Turkish nation and its sailors. He also mentioned how he aims to lend support to the friendly sister nation Pakistan through the ships that started constructed.

The move came as a result of the contract signed by the two countries in July 2018 under which Pakistan’s navy will buy 4 MILGEM ships from Turkey. The MILGEM vessels are 99 meters long, have a speed of 29 nautical miles, and have a displacement capacity of 2,400 tons.