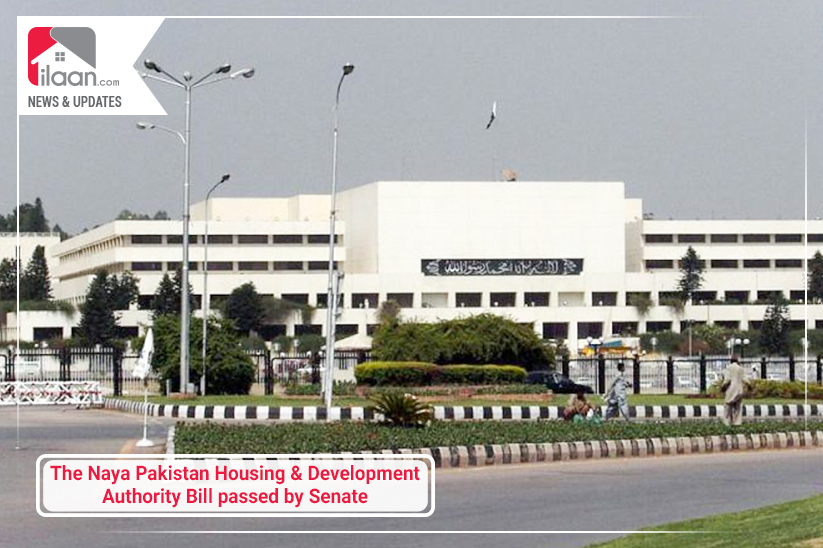 Islamabad: The Upper House of The Parliament unanimously passed “The Naya Pakistan Housing and Development Authority Bill 2019” for the purpose of planning, development, construction, and management of real estate projects including commercial and housing projects. This bill also covers the objectives of profit and non-profit bases of the real estate sector.

The bill was presented in Senate in December last year after getting passed by the National Assembly and was referred to the Senate standing committee, which also gave it a nod of approval.

Since the bill has been passed by both the houses, President Arif Alvi is also expected to sign it and turn the bill into law soon. The Parliamentary Affairs Minister Azam Swati presented “The Naya Pakistan Housing and Development Authority Bill, 2019” on behalf of Housing and Works Minister Tariq Bashir Cheema and the bill was passed unanimously by the house.