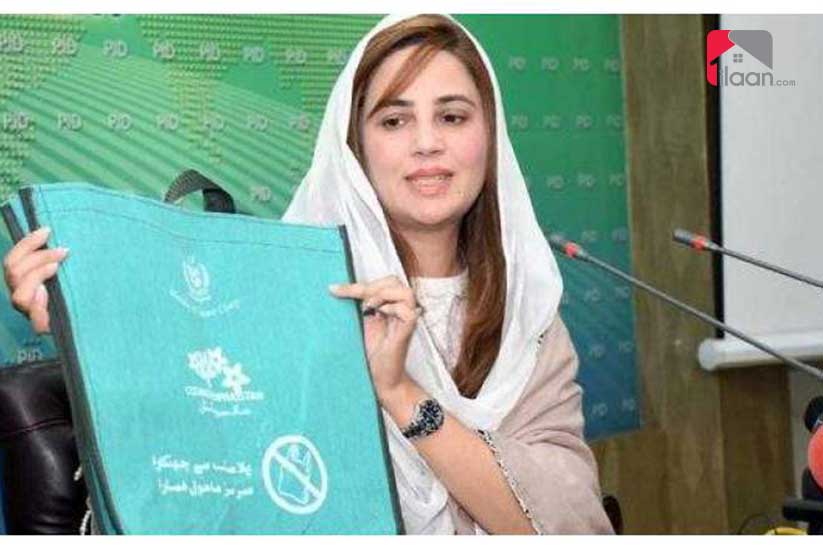 Islamabad: The Minister of State for the Climate Change; Zartaj Gul has stated that polythene bags are now going to be banned in Islamabad on the Independence Day of Pakistan, under the slogan as ‘Plastic Bags se Azadi’ campaign.

Zartaj Gul has confirmed the news sources that the usage, as well as the sale of polythene bags will be banned in Islamabad on 14th August 2019. ‘Plastic Bags se Azadi’ the awareness campaign was arranged at NHA (National Highway Authority) head office, where the Minister of State for Climate Change was addressing the campaign ceremony in details regarding the ban of the polythene bags.

Zartaj Gul has remarked that elimination of plastic waste is an integral part of the Prime Minister (PM) Imran Khan Clean and Green Pakistan Program. She further added that it is alarming as well as distressing that 55 billion plastic bags are being used in the country annually. This makes consumption of 275 polythene bags per person throughout the whole year.

The Minister of State for Climate Change included that the usage of plastic bags are not only destroying the environment but it is also a major reason of floods for many of the cities in Pakistan. These polythene bags get stuck in drainage pipes, causing blockage and obstruction for the wastewater to flow, resulting in the abrupt eruption of manholes.

Effective implementation of the campaign must be ensured with the cooperation of all the Government Organizations, Civil Societies as well as Media persons. She commended the contribution of the National Highway Authority (NHA) for the successful implementation of the Clean and Green Pakistan Program. Zartaj Gul has confirmed during the awareness campaign that ‘Apni Shahrah’ project is under progress, where saplings are being planted slowly and gradually along the motorways and the national highways network to make the country green. Environment-Friendly Bags were also distributed among all the participants of this ceremony.