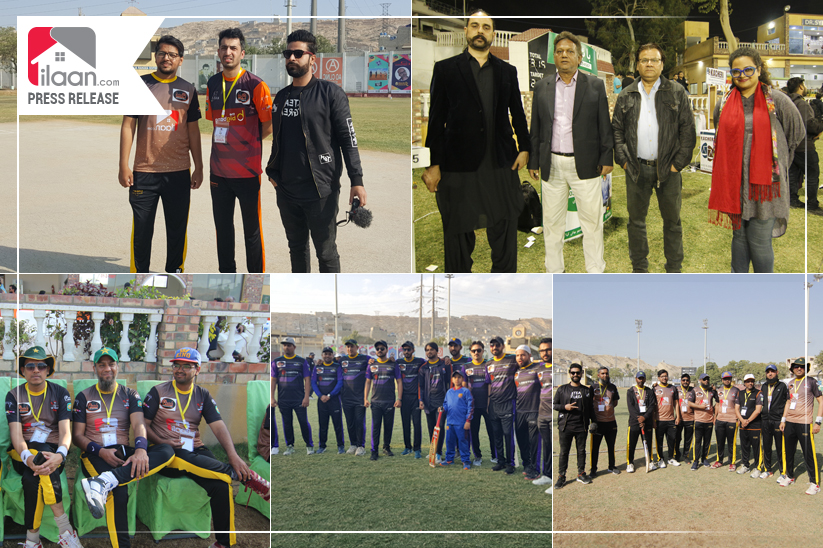 Karachi: Pakistan YouTuber’s Cup 2020 concluded in Karachi with Karachi Vynez emerging as the winner of the tournament. As much as 8 teams of different popular YouTubers participated in the one-day tournament. Pakistan’s property search website, ilaan.com sponsored the team of The Great Muhammad Ali that reached the semifinals but couldn’t make it to the finals.

The Great Muhammad Ali team played really well throughout the tournament and made it to the semifinals. However, due to tough competition and good cricket played by the opposing team, they couldn’t make it to the last stage of the tournament. Karachi Vynez won the match convincingly by playing really and scoring heavily in the finals.

The sponsors were given shout outs by vloggers and the commentator also mentioned the team sponsored by ilaan.com. The Great Muhammad Ali also thanked ilaan.com for sponsoring their team and being very supportive throughout.

ilaan.com also placed their kiosk at the ground where flyers were distributed and information was provided to the attendees of the match. Bykea also partnered with ilaan.com and issued a promo code IPYC20 for the event. The event was attended by a large number of fans and former test cricketer Khalid Lateef attended the event that was also covered by the media.

The details of the participating teams are: