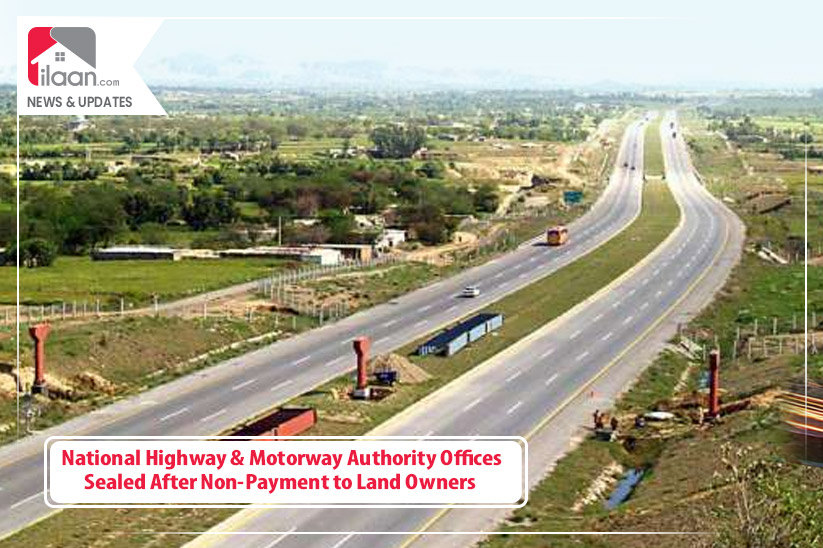 National Highways and Motorways Authority Peshawar Office has been sealed amid non-payment to landowners of the land purchased by the authority for the construction of Islamabad-Peshawar Motorway.

Islamabad: According to news sources, the Peshawar office of National Highway and Motorway Authority has been sealed after the authority failed to make the payments to owners of land purchased for the construction of Islamabad-Peshawar Motorway.

The authority had purchased thousands of acres of land from the farmers to construct the motorway. However, even after many years, the payments were not cleared and the local court ruled the case in favor of the farmers. The court ordered to seal the authority offices until the payments worth billions of rupees are cleared to the farmers. National Highway and Motorway Authority are responsible to construct and maintain the highways but due to corruption, it has to suffer huge losses.