KDA Requested to Expediate Efforts to Retrieve Land from Encroachers 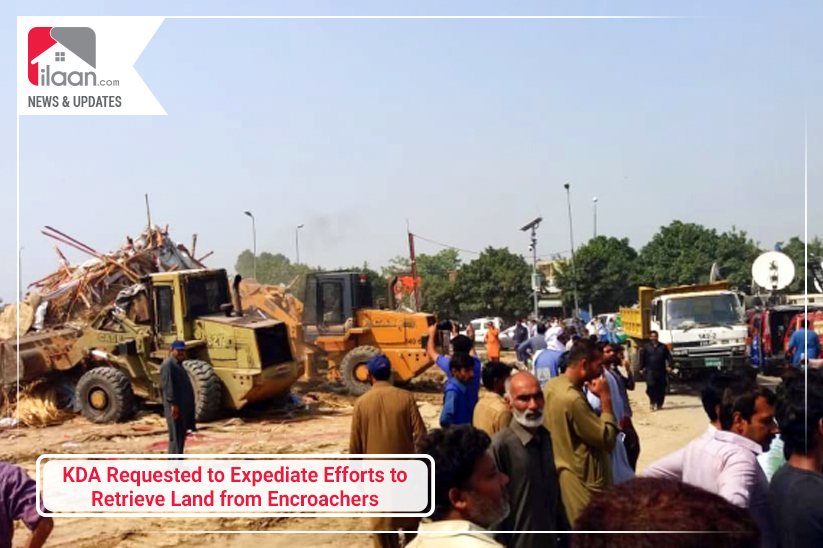 KDA Requested to Expediate Efforts to Retrieve Land from Encroachers

The Sub Committee of Senate Standing Committee on Overseas Pakistanis and Human Resource Development has asked KDA to accelerate its operations against encroachers to retrieve the land.

Islamabad: The Sub Committee of Senate Standing Committee on Overseas Pakistanis and Human Resource Development directed the Karachi Development Authority (KDA) to accelerate its efforts to retrieve the land from encroachers located in Mehran Town, Karachi.

The committee met with the Senator Nighat Mirza and expressed dissatisfaction over the work done by the KDA. The KDA was asked to expedite its efforts in retrieving land from the encroachers that were meant for the overseas Pakistanis. Senator Nighat Mirza also directed the KDA to complete their survey and present a detailed report in the next meeting.

The Committee sought complete details including a list of all the allottees, the total area under illegal occupation and a possible solution to tackle the situation within 15 days.

The meeting was attended by Senators Samina Saeed and Mirza Muhammad Afridi, and senior officials from the ministry of overseas Pakistanis and human resource development, Overseas Pakistani Foundation, and several top officials of KDA.