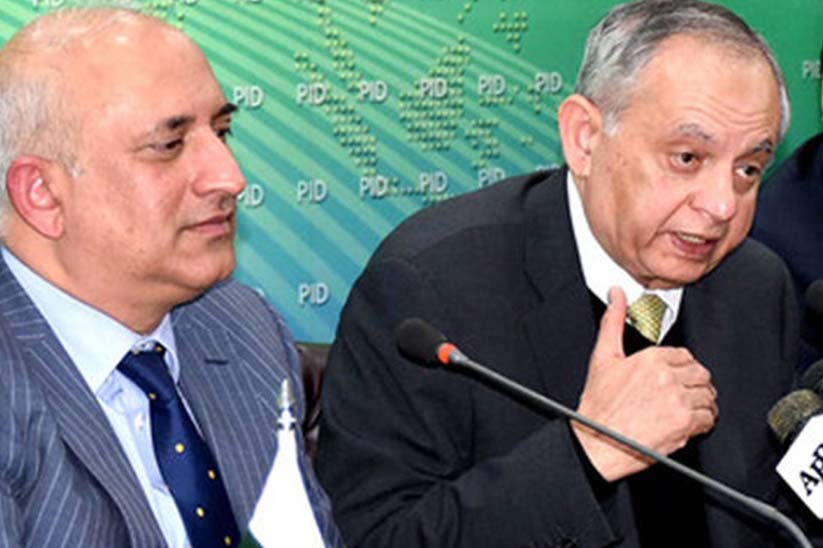 Islamabad: Abdul Razak Dawood; the Adviser to Prime Minister on Commerce while providing details regarding Pakistan’s exports informed that it has surged by 14.23% in the month of July 2019, as compared to the data of exports of July 2018.

In terms of the dollar, the export of the country has increased from USD 1.63 billion from July 2018 to USD 1.87 billion as that of July 2019. On the other hand, the imports from other countries experienced a decrease of 18.39% during the month of July.

Abdul Razak Dawood further informed during the press conference held at the Commerce Ministry that during the period under review at the moment, increase in exports has been witnessed in various sectors such as rice sector experienced 71% exports, readymade garments witnessed 17% increase, home textiles observed 17% increment in exports, plastic goods received 34% increase, chemical sector 26% increase in the exports, footwear witnessed 24% and mangoes received a 33% increment in the exports.

The Advisor on Commerce informed that Afghanistan has also offered a PTA (Preferential Trade Agreement) to Pakistan in order to enhance the trade relationship between the two countries. During the visit of Ashraf Ghani; the President of Afghanistan, both the countries discussed the issues concerning the bilateral transit trade. Both countries are willing to increase the volume of bilateral trade. Abdul Razak informed the news sources that Shukrullah Atif Mashal; the Ambassador of Afghanistan has invited him to visit Afghanistan on 20 August 2019.

The Advisor said that Pakistan has successfully gotten market access to the European Union (EU), China, Malaysia, Indonesia and the Association of Southeast Asian Nations (ASEAN). Pakistan is committed to further explore the potential of markets such as Canada, South Korea, United States (US), Australia and Japan.