Illegal Structures on Murree Road are Being Demolished by CDA 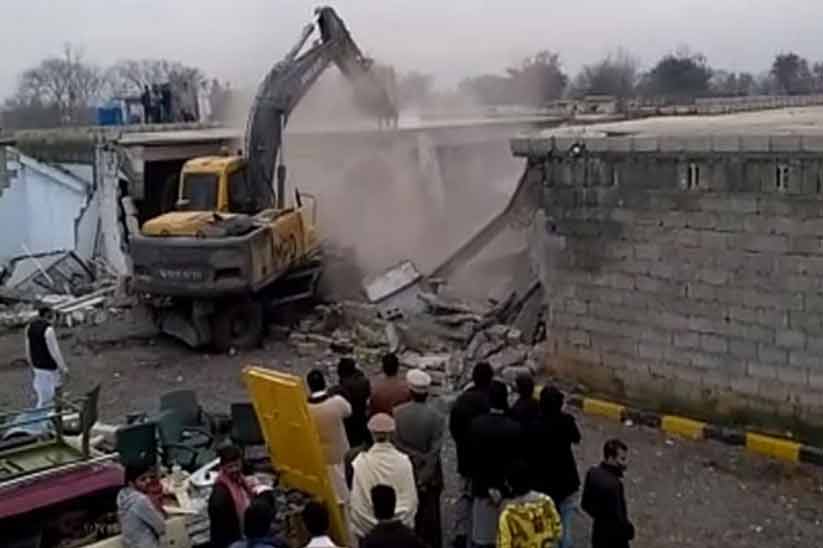 Illegal Structures on Murree Road are Being Demolished by CDA

Islamabad: All the constructed rooms, shops and other structures that were built illegally on the right way of Murree Road in Malpur have been demolished by Capital Development Authority (CDA). This operation is part of the encroachment drive in the city.

CDA confirms that all the razed structures were built illegally. In this operation, CDA Encroachment Directorate, officers of Islamabad Capital Territory and Revenue Department staff participated. Heavy types of machinery are used to bring down all the illegal infrastructures.

During this operation, 10 boundary walls, three washrooms, 20 rooms and two kitchens were smashed by CDA. What's more is that the development authority currently stopped all sort of ongoing construction activities in that area. Special vigilance teams have been constituted by CDA’s Enforcement Directorate lately.

Last month, a similar operation was held against the analogous structures that were illegal, all set on the Murree Road right of the way. This drive is the part of the mega drive CDA is currently involved in, which is against all the illegal occupation of land which is basically owned by the government.

Meanwhile, CDA’s Enforcement Directorate connected with the concerned departments to stop building housing schemes. All the instances of commercial as well as residential construction that also includes private housing schemes in the sector H-13, Zonal 1 in Islamabad are again banned. The construction, as well as buying and selling of property, is forbidden at the moment.

For more updates on Encroachment activities all over Pakistan, stay connected with Ilaan.com