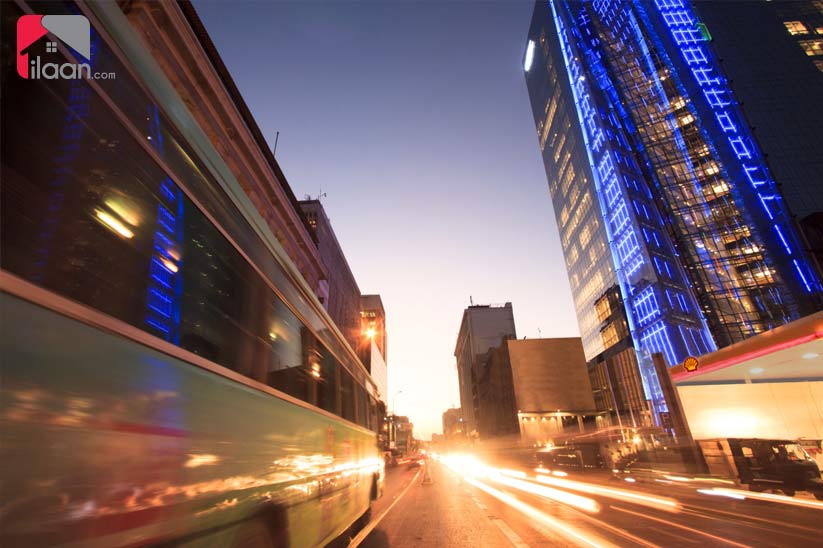 Karachi: The Provincial Government of Sindh has planned to spend PKR 248 million to improve the conditions of I.I. Chundrigar Road and beautify the area. I.I. Chundrigar Road is regarded as the main commercial artery of the metropolis and its renovation is planned under the Annual Development Plan.

Iftikhar Shallwani; the City Commissioner informed the news sources that the local government department will be carrying out the major improvement work on the most important I.I. Chundrigar Road from the Shaheen Complex towards the Tower. Syed Murad Ali Shah; the Chief Minister of Sindh will be directing the project. Chief Secretary in the chair will be having a high-level meeting in this regard to chalk out the rehabilitation of the road.

Iftikhar Shallwani has further added that the provincial government has finalized the “I.I. Chundrigar Road Beautification Plan” for which the PC-1 has also been sent to the Chief Minister for final approval. It is expected that the approval will be received after the Eid holidays.

All the banks, as well as other stakeholders who have their offices located along the city’s major artery,  has committed to supporting the initiative and the road project by looking after the improvement work while ensuring no vehicle parked in the vicinity illegally. For the parking of the vehicles, Shallwani informed that it will be managed inside the Pakistan Railway Ground.

Buildings along the I.I. Chundrigar Road such as Uni Centre, Uni Tower and Uni Plaza are not maintained properly and hence requires a face-lift. Iftikhar Shallwani further informed that a meeting with the representatives of the associations of the shopkeepers as well as the owners are planned with the commissioner office. It is important to take everyone on the same page with it is about the important road in the city and it’s revamping.

As per the commissioner, the SBP (State Bank of Pakistan) and the various other financial institutions that include Pakistan Banking Association with other trade organizations are located along the road that is supporting the initiative of the government.