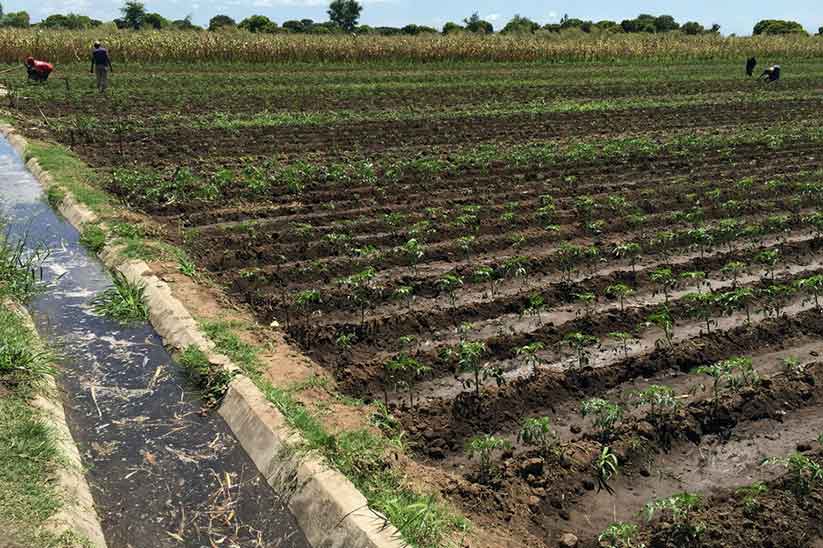 Quetta: While talking to media in Nasirabad, Secretary for Forest & Wildlife Department Dr. Muhammad Saeed Jamali said that the provincial government aims to develop model farms in 10 districts of Balochistan.

Officials will also allocate 16 acres of land for Public Model Private Farms, he added.  The wildlife official also said that the government would even start up nursery projects in two districts. Those from coastal areas will be given fishery farms. The initiative will boost agriculture and wildlife development of the province, he said.

Under the Prime Minister’s Development program, the provincial government has already sustained Rs16 billion for the development. The government will implant solar panels and tube wells in nurseries and farms. The farms will be allocated for five years as per the model of public-private partnership.

Once the lease period is completed, the government will hand over the farms to the local farmers, the official informed. To reserve moon water adequately, we will also create ponds for water reservation and drainage, Jamali added.

The forest and wildlife secretary also discussed the effort of Chief Minister Balochistan Mir Jam Kamal Khan. He said that CM is putting his entire attempt to utilize all available sources for the betterment of the province.  To add, he planned to empower all sectors to remove the grievance of Baluchistan.

Earlier, for the enhanced economy, Governor Balochistan asked for increased privatization in the province. Some analysts say that the decision of public-private partnership of farms and nurseries could be a consequence of his statement.

Since the partition, Baluchistan is suffering a sense of deprivation and poor economic condition due to the lack of proper planning. Despite the most significant proportion of land among four provinces, most of its part is unused and not irrigated. Variant atmospheric aspects, low rains and soil difference is also behind its back. But, with the proper planning and implementation, the land can be made useable. Its shore areas can also be helpful to support the economy of the province.  Such step aims to eliminate the distress of the region bringing prosperity.

CM Kamal also sought apex court to probe into the development budgets of the last two decades. He observed that SC should take suo moto on public funds to inquire embezzlement and culprits must be held accountable. Since the start of his administration, he has already released Rs 28 Billion for development projects including energy and infrastructure sectors.