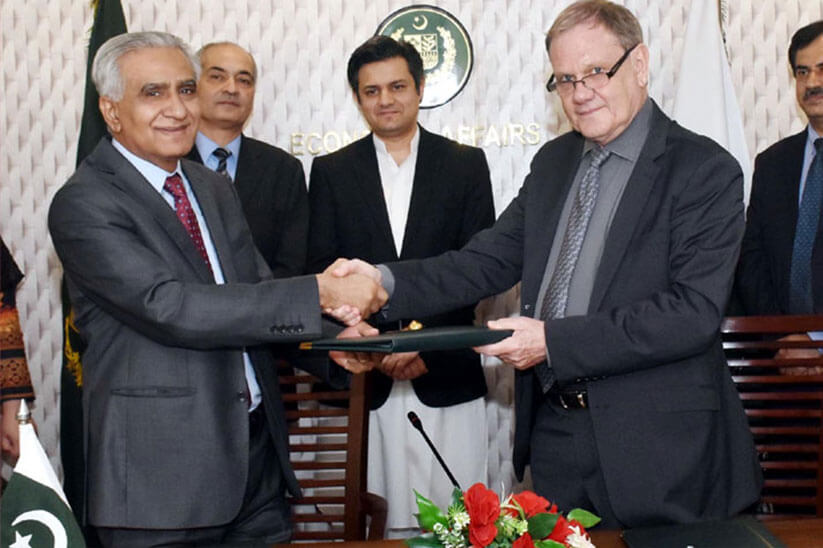 Islamabad: Recently, Germany has offered Pakistan grant assistance of EUR 12,000,000 for the purpose of development in various schemes of Khyber Pakhtunkhwa (KPK) and Gilgit-Baltistan.

The aid bolus has been pledged and promised by the German Development Bank (KfW) for the progress of the Social Health Protection Scheme Phase II initiative in two provinces. For this, a set of financial agreements were signed by the German Development Bank (KfW) Wolfgang Moeller; Country Director and Noor Ahmed; Economic Affairs Division Secretary. During this ceremony, Muhammad Hammad Azhar; the Federal Minister for Economic Affairs was also present.

As per the agreement, the German Development Bank is going to provide funds worth EUR 2,600,000 for Gilgit-Baltistan and grant assistance worth EUR 9,400,000 for Khyber Pakhtunkhwa. Hammad Azhar, the Federal Minister for Economic Affairs thanked the German government for this offer, remarking that this fund and grant will help address the healthcare issues in KPK and Gilgit-Baltistan.

Before this, the government of Khyber Pakhtunkhwa released funds worth PKR 4.44 billion for the reconstruction of the damaged public facilities in the FATA region. It was expected that this fund will be used in the rehabilitation of more than 700 damaged tracts of the infrastructure and help in rebuilding irrigation channels, sorting the drinking water amenities, healthcare centers, and school buildings.

As per the news sources, the funds that Pakistan will be receiving from the government of Germany will be channeled into the healthcare development program that will be focusing primarily on providing quality healthcare services to the registered beneficiaries in the two provinces.

This scheme will be working simultaneously with the operations of the health department of KPK and Gilgit-Baltistan along with covering the cost of hospitalization for childbirth, accidents, injuries, common surgeries, common childhood diseases as well as medical ailments.