For Major Developments it is made Mandatory to Install Firefighting Equipment 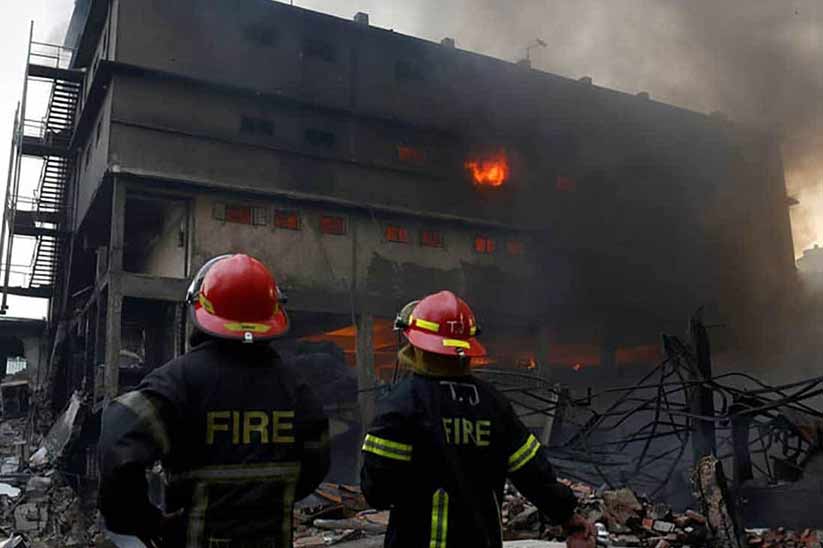 For Major Developments it is made Mandatory to Install Firefighting Equipment

Rawalpindi: Muhammad Ali Randhawa, the Deputy Commissioner of Rawalpindi has announced that it is now mandatory to install a firefighting system in major development areas such as factories, high-rise buildings, warehouses and industrial units. The orders were summoned while taking notice of the increase in the number of fire breakouts across the city.

During the month of May, MCL (Metropolitan Corporation Lahore) announced that all the owners of commercial buildings will be penalized who are not having water hydrant points in case of fire breakouts in their units. A fine of PKR 50,000 was set to be imposed on the owners of commercial plazas who were neglecting the importance of proper firefighting equipment and arrangements.

The Deputy Commissioner of Rawalpindi has now ordered to seal all the property units of those owners who fail in ensuring proper firefighting equipment. Furthermore, Commissioner Ali Randhawa has also instructed all the concerned authorities as well as the departments to file an FIR against the owners and impose a fine up to PKR 500,000.

As per the orders received by the commissioner, the Civil Defence Department has also issued a red notice to nearly 150 property owners across the Rawalpindi District. The mega crackdown is expected to start from today, after coming back from Eid-ul-Fitr holidays,

The Department of Civil Defence back in March issued red notices to 110 high-rise buildings who were lacking in proper firefighting arrangements. A similar notice was issued to the owners of illegal buildings as well. In addition, owners of almost 38 petrol pumps as well as CNG stations were also given notices to ensure firefighting protocol and standards in their respective areas.

As per the recent report, the Civil Defence Department has already formed teams that would be carrying out operations throughout the city, penalizing the owners who fail to follow the instructions of the Deputy Commissioner as well as the Department of the Civil Defence and there will be an FIR registered against them.