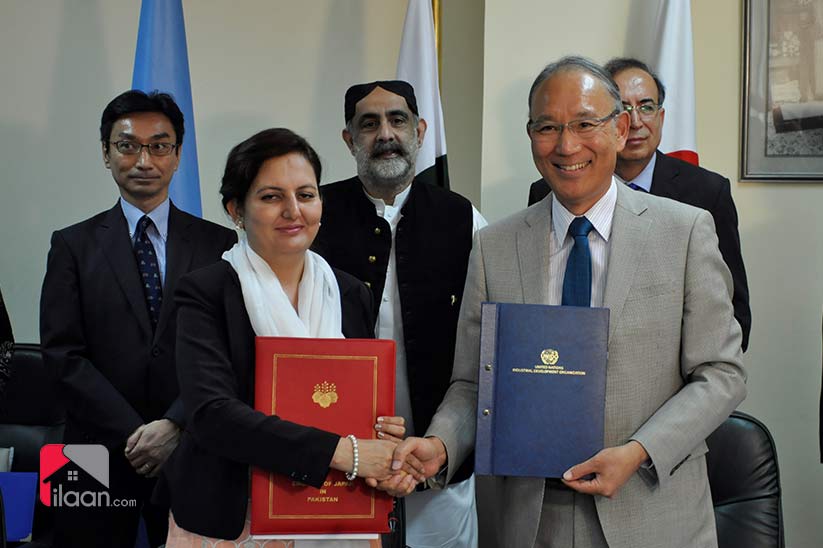 Islamabad: For the United Nations Industrial Development Organization (UNIDO) project, the Japanese government has announced 560 million Japanese Yen i.e. USD 5 million as a grant for Pakistan. The UNIDO project aims at the development of agro-food and agro-industry in the KPK (Khyber Pakhtunkhwa) and Baluchistan.

It is informed to the news sources that the grant is going to be utilized by the United Nations Industrial Development Organization (UNIDO) to pilot the enhancement of the productive as well as compliance capacities of the relevant actors in the cattle meat the value within the selected production areas or the districts of Khyber Pakhtunkhwa including Peshawar, Kohistan, Abbottabad, and DI Khan and the apple value chain in Baluchistan including Killa Abdullah, Killa Saifullah, Quetta, and Pishin.

This project will be simultaneously supporting all the relevant governing bodies to offer ample services to the industry in a sustainable manner and ensuring sustainability as well as the possibility to upscale the best practices in this regard.

It is expected that it will revitalize the livelihood of the value chain actors, covering the daily wages from the apple and cattle value chains with ease. It is even going to improve the practices of the food manufactures and the processors along with the related to enable the environment across the two provinces.

As per the minister of the occasion, the project is a productive addition to the efforts towards the revival of the agricultural sector of Pakistan. The emphasis on the new National Food Security Policy will improve the nutrition diversification of agriculture. High-value horticulture and livestock will be highly focused.