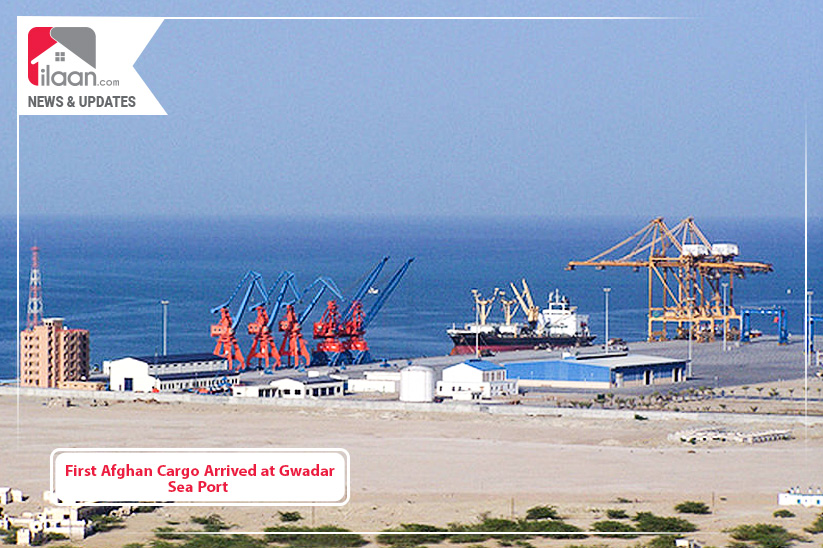 Gwadar: After seven years in development, first Afghan bound cargo arrived at the recently built port of Gwadar and the shipment to customers in Afghanistan has begun officially, as reported by the news sources.

The boxship named Diyala has offloaded two containers of fertilizer for Afghan customers arrived at Gwadar Port and the cargo will be trucked overland to the border town of Chaman, Kandhar.

The development of the port of Gwadar was reinitiated in 2013 and it has transformed gradually over the years. Under the China Pakistan Economic Corridor (CPEC), a USD 60 billion was invested in the infrastructure projects intended to connect Pakistan’s seaport with the inland markets.

The port is currently being operated by China. In 2017, the Government of Pakistan gave state-owned China Overseas Port Holding Company a forty-year lease for its operation. Under this lease term, the firm retains over 90 percent of revenue from Gwadar’s marine operations, plus 85 percent of the revenue from the management of an adjacent free zone. It also benefits from deep tax exemptions that Pakistan has granted to Chinese companies for CPEC projects.